LEICESTER, England, Dec. 19 (UPI) -- Archaeologists in Britain say they have confirmed the precise origin of some of the huge rocks at Stonehenge, pinpointing a location in Wales.

While it has long been suspected that slabs of igneous rock called rhyolite found in the area, each weighing several tons, were used to build the circular monument between 2000 B.C. and 3000 BC, research by National Museum Wales and Leicester University has identified their source to within 230 feet of Craig Rhos-y-felin near Pont Saeson, the BBC reported Monday.

Rhyolitic rocks at Rhos-y-felin differ from all others in south Wales, the researchers said, which helped locate almost all of Stonehenge's stones to within areas of tens of square yards.

"Being able to provenance any archaeologically significant rock so precisely is remarkable," Rob Ixer of Leicester University said.

"However, given continued perseverance, we are determined that we shall uncover the origins of most, if not all of the Stonehenge bluestones so allowing archaeologists to continue their speculations well into a third century."

Still unknown is exactly how the stones were transported to the Stonehenge site.

"Many have asked the question over the years, how the stones got from Pembrokeshire to Stonehenge," Richard Bevins of the National Museum Wales said. "Was it human transport? Was it due to ice transport?"

"Thanks to geological research, we now have a specific source for the rhyolite stones from which to work and an opportunity for archaeologists to answer the question that has been widely debated." 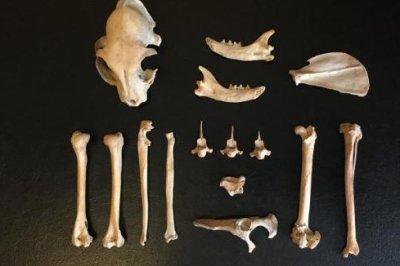