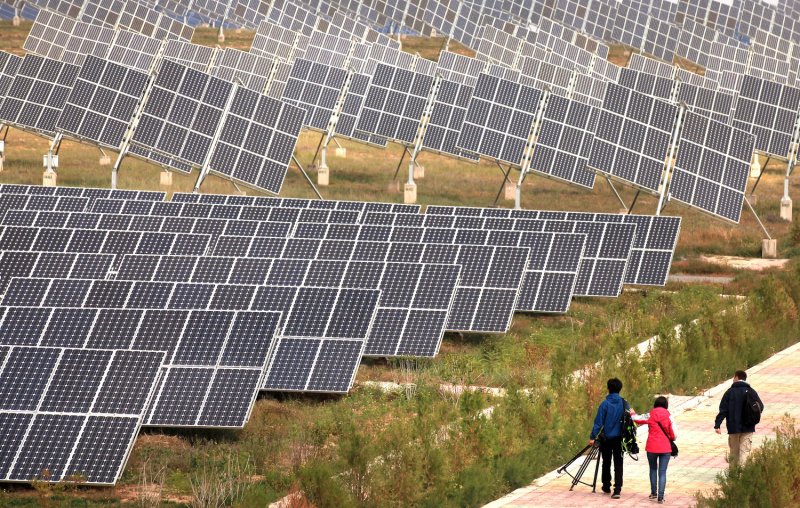 Solar power is much cheaper to produce than most analysts realize and that fact is holding back a wider utilization of the technology, a Canadian study found. UPI/Stephen Shaver | License Photo

KINGSTON, Ontario, Dec. 7 (UPI) -- Solar power is much cheaper to produce than most analysts realize and that fact is holding back a wider utilization of the technology, a Canadian study found.

"Many analysts project a higher cost for solar photovoltaic energy because they don't consider recent technological advancements and price reductions," Joshua Pearce of the Department of Mechanical and Materials Engineering at Queen's University said.

"Older models for determining solar photovoltaic energy costs are too conservative," he said in a university release Wednesday.

Pearce said he believes solar photovoltaic systems are close to the "tipping point" at which they can produce energy for about the same price as other traditional sources of energy.

To determine the cost of solar photovoltaic systems for consumers, analysts look at installation and maintenance costs, finance charges, the system's life expectancy, and the amount of electricity the systems generate.

However, Pearce said, some studies don't consider the 70 per cent reduction in the cost of solar panels since 2009, or that the productivity of top-of-the-line solar panels only drops between 0.1 and 0.2 percent annually, well under the 1 per cent used in many cost analyses.

A 2010 study estimated solar equipment costs at $7.61 per watt of electricity produced, but Pearce said the real cost in 2011 is under $1 per watt for solar panels purchased in bulk on the global market.