VALBY, Denmark, July 6 (UPI) -- A Danish pharmaceutical company says it will stop selling pentobarbital to prisons in U.S. states where death by lethal injection is legal.

The anesthetic has been used to sedate condemned prisoners being executed before two other drugs stop their breathing and heartbeat.

H. Lundbeck A/S said it was "opposed to the use of its product for the purpose of capital punishment," NewScientist.com reported Wednesday.

The company announced it would only supply pentobarbital, an essential drug in the treatment of life-threatening epileptic seizures, to company-approved hospitals and treatment centers.

The decision comes six months after a U.S. company, Hospira, said it would no longer manufacture sodium thiopental, another anesthetic that has been used in lethal injections.

After that action, several states carrying out execution by lethal injection switched to pentobarbital.

The Texas Department of Criminal Justice, which replaced sodium thiopental with pentobarbital in March, said it has sufficient supplies on hand.

"The agency has an adequate supply of the drug to carry out executions that have been or may be scheduled," spokesman Jason Clark said. 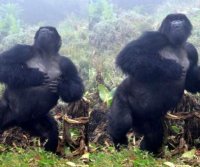