EVANSTON, Ill., April 28 (UPI) -- Researchers at Northwestern University say they'll be watching the launch of space shuttle Endeavour as their latest experiment goes into space with it.

Mark Hersam, a Northwestern professor of materials science and engineering, and his research team are sending six samples of new nanotube and graphene thin films to be attached to the outside of the International Space Station for a least six months, a university release said Thursday.

The researchers will be analyzing them to see it they degrade in the harsh radiation environment of outer space or are stable.

"Our samples must go into space to prove themselves," Hersam said. "This is the ultimate test. If the materials are resistant to radiation there, they could be used to dramatically improve the technology currently used in space, such as that found in satellites."

The samples are part of NASA's Materials International Space Station Experiment, a series of tests of the effects of long-term exposure of various materials to a harsh space environment.

Liam Pingree, a research engineer at Boeing Research & Technology and a former graduate student of Hersam's, secured a place on the shuttle for the transparent conductive materials.

"Is a single-walled carbon nanotube material more stable than a graphene sheet?" Pingree said. "I don't think anyone knows the answer to that without putting the materials up into space."

Hersam has a duplicate set of the samples -- "terrestrial controls" -- safely held in his lab, and when the first returns from space, Hersam and his team will test the two sets and compare them. 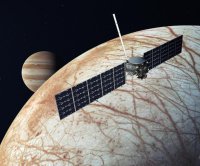 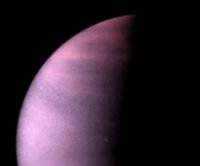