NANAIMO, British Columbia, Jan. 18 (UPI) -- Marine scientists say a mysterious population of killer whales off the British Columbia coast specializes in killing sharks -- to the detriment of their teeth.

The offshore killer whales were first discovered in 1989, but their diet has remained largely a mystery due to their wide-ranging and distant movements, The Vancouver Sun reported Tuesday.

Resident killer whales, which stick to specific hunting ranges, depend on a diet of fish, while transient killer whales will eat marine mammals such as seals and sea lions, scientists say.

But a study of the offshore whales found DNA evidence showing they are preying on large Pacific sleeper sharks, whose skin is so abrasive it is believed to be wearing the whales' teeth flat.

"It's exciting. It's been a detective hunt for so long," said John Ford, a senior research scientist with the federal Pacific Biological Station in Nanaimo, British Columbia.

Other potential prey of offshore killer whales include salmon shark, blue shark and spiny dogfish, as well as related species such as skates and rays, the researchers say. 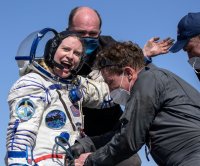 Science News // 16 hours ago
Study: Political polarization often exaggerated, not as strong as people think
April 22 (UPI) -- According to a new study, people often exaggerate their political differences and the negative feelings of those on the other side of the aisle. 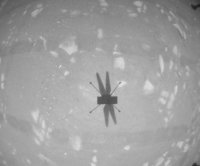 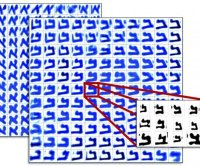