Paleontologists from the Smithsonian and the University of Florida collected more than 400 fossil shark teeth from Panama's 10-million-year-old Gatun Formation. Pimiento said the 28 teeth researchers identified as C. megalodon were mostly from neonates and juveniles.

"Very little is known about the life cycle of this giant shark that ruled the oceans not so long ago. Now we think that the young spent their first years close to the coast among mangroves," said STRI staff scientist Carlos Jaramillo.

The research appears in the online journal PLoS One.

Science News // 5 minutes ago
AI could help scientists ID the next virus to jump from animals to humans
Sept. 28 (UPI) -- In a new proof-of-concept study, published Tuesday in the journal PLOS Biology, researchers suggest artificial intelligence can be used to predict the likelihood that an animal-infecting virus will infect humans. 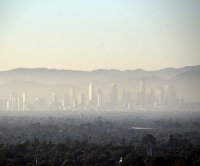 Science News // 2 hours ago
As birds migrate, the microbes in their gut evolve
Sept. 28 (UPI) -- New research, published Tuesday in the journal Molecular Ecology, suggests the gut microbiota of migratory birds evolves as they move from place to place.

Science News // 13 hours ago
Bird species increased in urban areas during human lockdowns for the pandemic
When COVID-19 restrictions forced people indoors, it brought birds back to the United States and Canada -- birders documented an 80% increase among most of the 82 species they recorded since the start of the pandemic. 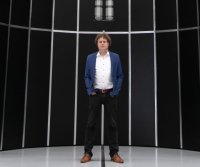 Science News // 1 day ago
Isolation during pandemic caused people to think less about future, other people
Sept. 27 (UPI) -- A new survey -- published Monday in the journal PNAS -- suggests people thought a lot less about the future and other people during the lockdown.
Advertisement