Gene linked with cancer in non-smokers

The study -- co-led by the Mayo Clinic, Harvard University, the University of California-Los Angeles and the M.D. Anderson Cancer Center -- found about 30 percent of never smoker patients who developed lung cancer had the same uncommon variant residing in a gene known as GPC5.

A never smoker is defined as a person who has smoked fewer than 100 cigarettes during his or her lifetime.

"This is the first gene that has been found that is specifically associated with lung cancer in people who have never smoked," said Mayo Clinic genetic epidemiologist Dr. Ping Yang, who led the study.

The research teams scanned and analyzed the genomes of 2,272 participants who have never smoked, nearly 900 of whom were lung cancer patients. The scientists said it took them 12 years to identify and enroll the study participants.

"It has been very hard to do this research because never smokers have been mingled with smokers in past studies, and what usually pops up are genes related to nicotine dependence," Yang said. "Findings from this study concern pure lung cancer that is not caused by smoking, and it gives us some wonderful new avenues to explore."

The research appears in the early online edition of the journal Lancet Oncology.

Science News // 20 hours ago
Scientists regrow frog's lost leg, unsure if method could work in humans
It sounds like the stuff sci-fi films are made of, but the successful regrowth of lost limbs in frogs could point the way to helping human amputees, researchers say. 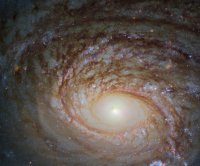 Science News // 3 days ago
Hippos can recognize familiar voices, new study finds
Jan. 24 (UPI) -- Hippopotamuses can tell the difference between strangers and their neighbors based only on the sound of their voices, according to a study published Monday in Current Biology.
Advertisement