Scientists said recent data from the U.S. and European Space Agencies' Jason-2 oceanography satellite show a sustained weakening of trade winds in the western and central equatorial Pacific occurred during late-January through February. That, scientists said, triggered yet another strong, eastward-moving wave of warm water, known as a Kelvin wave.

The warm Kelvin wave, currently in the central and eastern equatorial Pacific, appears as a large area of higher-than-normal sea surface height. A series of similar, but weaker, events that began in June 2009 triggered and sustained the present El Nino, researchers said.

NASA oceanographer Bill Patzert says it's too soon to know, but he would not be surprised if the latest and largest Kelvin wave is the "last hurrah" for this long-lasting El Nino.

"Since June 2009, this El Nino has waxed and waned, impacting many global weather events," Patzert said. "I, and many other scientists, expect the current El Nino to leave the stage sometime soon. What comes next is not yet clear, but a return to El Nino's dry sibling, La Nina, is certainly a possibility, though by no means a certainty. We'll be monitoring conditions closely over the coming weeks and months."

An El Nino causes unusual changes in atmospheric circulation and convection around the globe, NASA said. 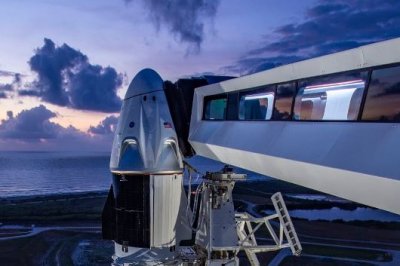