CHICAGO, Feb. 14 (UPI) -- A U.S. scientist says people living on tree-lined streets are happier, healthier and less likely to be victims of crime.

Frances Kuo of the University of Illinois reviewed studies on the effect of trees, The Daily Telegraph said. She reported her findings to the American Association for the Advancement of Science conference in Chicago.

"Nature calms people and it also helps them psychologically rejuvenate," she said. "They are better able to handle challenges which come their way."

Kuo said study after study shows benefits from living near trees and grass. In Japan, researchers found that the elderly have higher life expectancy if they live within walking distance of a park.

Other studies have shown that greenery appears to help children with attention deficit order and that crime rates are lower when streets are planted with trees.

"In our studies, people with less access to nature show relatively poor attention or cognitive function, poor management of major life issues, and poor impulse control," she said. "The relationship between crime and vegetation is very clear: the more trees, the fewer crimes." 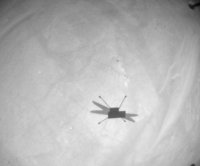