The National Aeronautics and Space Administration is joining with the U.S. Chess Federation in hosting the match between International Space Station astronaut Greg Chamitoff and the inhabitants of Earth.

Officials said key players in the game will be the kindergarten through third grade U.S. Chess Championship Team and its chess club teammates from Stevenson Elementary School in Bellevue, Wash.

The K-3 champions will select up to four possible moves on Earth's turn. The public will then vote on which move will be transmitted to the ISS.

Chamitoff has added Velcro to the chess pieces to keep them from floating away in weightlessness.

The game against the public will move involve one move a day and play may be slow because Chamitoff only makes moves when his workload permits.

The chess federation is coordinating the match on its Web site at http://www.uschess.org/nasa2008.

Science News // 19 hours ago
High-stakes Boeing capsule launch postponed due to mishap at space station
ORLANDO, Fla., July 29 (UPI) -- Boeing and NASA postponed the launch the company's Starliner space capsule to the International Space Station on Friday after a mishap at the orbital laboratory on Thursday. 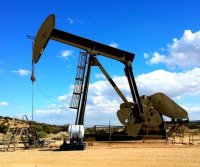