One result is known locally as the "crab jubilee," The Virginian-Pilot reported. Crabs swarm over docks and pilings to get out of the oxygen-depleted water.

Wick Harlan of the Virginia Department of Environmental Quality said the phenomenon appears to be most noticeable on the Elizabeth River and the lower reaches of the James River in the Tidewater area. While the algae bloom is not as heavy as it was last year, the fish kills appear to be worse, he said.

The algae is fertilized by nitrogen and phosphorus washing off city streets and suburban lawns and gardens into the rivers, estuaries and Chesapeake Bay. At their most extensive, the blooms can create "dead zones" with no oxygen that are unable to sustain life.

Betty Cartier, who runs a coffee kiosk next to the High Street ferry landing in Portsmouth, described the smell of dead fish as "just horrendous."

"Everybody comes off the ferry and wants to know what's going on," she said.

Science News // 1 hour ago
New technology turns trash into graphene
Jan. 28 (UPI) -- Food waste and plastic garbage can now be converted into graphene, thanks to a new processing technique developed by chemical engineers at Rice University.

Science News // 22 hours ago
Model predicts future phytoplankton boom in tropics
Jan. 27 (UPI) -- Contrary to the expectations of many environmental scientists, a new model has predicted a likely boom in tropical phytoplankton abundance as the century progresses. 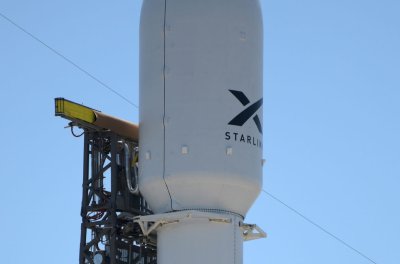