SEATTLE, Aug. 13 (UPI) -- The newest in a class of unmanned submersible robots has helped locate optimal locations for seafloor observation sites off the northwestern United States.

The robotic submersible -- called Sentry -- is designed to operate on its own and was used for the first time off the states of Washington and Oregon last month in developing an extensive sensor network above and below the seafloor on the Juan de Fuca Plate.

The chief scientist for the two-week mapping expedition -- Professor John Delaney of the University of Washington -- said the network will help scientists to, among other things, learn how seafloor stresses cause earthquakes and tsunamis.

The network is one component of a wider project being overseen by the Consortium for Ocean Leadership as part of the National Science Foundation's Oceans Observatories Initiative.

"The ocean community is on the threshold of a new era in which an ensemble of novel technologies will provide us with an increasingly powerful capacity for exploring and interacting with the global ocean system," Delaney said.

The one-of-a-kind autonomous underwater vehicle was built by the Woods Hole Oceanographic Institution with funding largely from the National Science Foundation.

Science News // 9 hours ago
Study: Political polarization often exaggerated, not as strong as people think
April 22 (UPI) -- According to a new study, people often exaggerate their political differences and the negative feelings of those on the other side of the aisle. 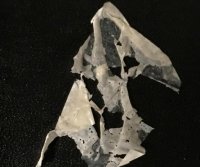