WASHINGTON, Aug. 5 (UPI) -- The U.S. Food and Drug Administration has approved the 2008-09 seasonal influenza vaccine that includes strains likely to cause flu in the United States.

"This season's vaccines contain three strains of the influenza virus that disease experts expect to be the most likely cause of the flu in the United States," the FDA said in a statement. "Each season's vaccines are modified to reflect the virus strains most likely to be circulating. The closer the match between the circulating strains and the strains in the vaccines, the better the protection."

The FDA changed all three strains for this year's influenza vaccine -- an unusual occurrence, as usually only one or two strains are updated from year to year.

Science News // 2 hours ago
Russia, U.S. plan to make more movies in space
Sept. 27 (UPI) -- Russia and the United States are ready to cross new frontiers for filming movies in space as a way to promote growing commercialization of orbital spaceflight and beyond. 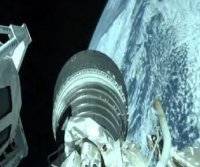 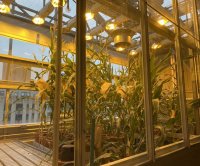