CORVALLIS, Ore., July 1 (UPI) -- U.S. and British scientists say they have developed a method using ultraviolet light that could identify any organic material present in the soil of Mars.

The researchers from Oregon State University, the University of London and the Kinohi Institute, a non-profit corporation in Pasadena, Calif., said the technique uses ultraviolet light to identify chemical compounds called polycyclic aromatic hydrocarbons, or PAHs, that are often found on comets and meteorites. Scientists believe PAHs might be one of the earliest forms of organic matter in the universe, and may have been carried to planets by collisions with meteors and comets.

In their experiment, the scientists crushed rock from a nickel mine to create a fine, dusty soil believed to be very similar to the soil on Mars. They infused the soil with the concentration of PAH they would expect to find on a meteorite, and then exposed the soil to UV light.

A type of camera planned for future Mars landers clearly identified as little as 1.5 micrograms of the PAH, producing accurate quantitative estimates of the concentrations.

The study appears in the journal Geophysical Research Letters.

Science News // 1 hour ago
SpaceX Starlink launch from Florida has clear skies forecast
Dec. 1 (UPI) -- Elon Musk's SpaceX plans to launch 53 more Starlink spacecraft from Florida on Wednesday, even as the company struggles with plans to develop a second generation of the communications satellites.

Science News // 16 hours ago
Elon Musk: SpaceX faces possible bankruptcy because of engine woes
Nov. 30 (UPI) -- SpaceX founder Elon Musk told his employees the space company faces a "genuine risk of bankruptcy" because of its struggles in developing its engine for its Starship flights. 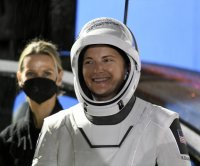 Science News // 22 hours ago
NASA delays spacewalk to replace antenna at ISS due to debris danger
ORLANDO, Fla., Nov. 30 (UPI) -- NASA delayed a spacewalk that was scheduled to occur Tuesday morning -- to replace broken hardware outside the International Space Station -- due to a warning about possible dangerous debris.

Science News // 22 hours ago
Planets to align in December before 2021's best meteor shower
The final month of the year also features the longest nights of the year, and the extra hours of darkness will have astronomical events that people of all ages can enjoy without a telescope. 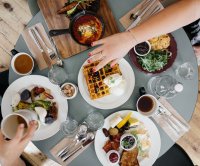 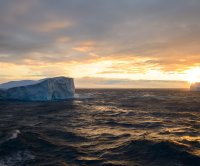 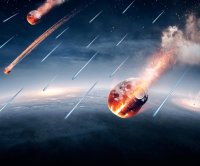