PRINCETON, N.J., Nov. 5 (UPI) -- A U.S. study suggests violent volcanic eruptions in India might have killed the dinosaurs 65 million years ago, not a meteor impact.

The eruptions created India's gigantic Deccan Traps lava beds and the research by Princeton University paleontologist Gerta Keller marks the first time a study has directly linked the main phase of the Deccan Traps' creation to the mass extinction.

Keller said she made the linkage using microscopic marine fossils that are known to have evolved immediately after the extinction occurred. She said the same fossilized planktonic foraminifera were found at Rajahmundry near the Bay of Bengal, about 620 miles from the center of the Deccan Traps near Mumbai, formerly Bombay.

At Rajahmundry there are two lava "traps" containing four layers of lava each, Keller said. Between the traps are about 30 feet of marine sediments. The sediments just above the lower trap, which was the mammoth main phase, contain the incriminating microfossils.

Keller and her collaborator, Thierry Adatte from the University of Neuchatel, Switzerland, presented their findings last week in Denver, during the annual meeting of the Geological Society of America. 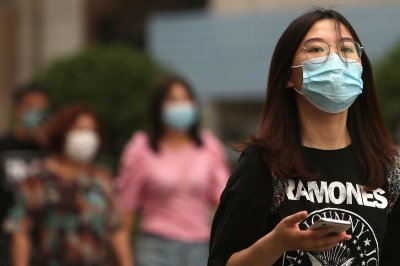