WASHINGTON, Sept. 12 (UPI) -- An international research team said it fears the Yangtze River dolphin, or Baiji, has become extinct in China due to fishing and commercial development.

A team of scientists, including biologists from the U.S. National Oceanic and Atmospheric Administration's Fisheries Service, failed to find a single Yangtze River dolphin during a six-week survey in China, raising fears the dolphin has become the first cetacean to vanish as result of human activity.

"The last time these animals were surveyed was in the 1990s when only 13 were found," said Barbara Taylor, a NOAA marine biologist. "This time, we detected no Baiji, either visually or acoustically. This would be the first human-caused extinction of a dolphin or whale and it is particularly sad for the last member of a family of a species that is over 20 million years old."

The scientists said the likely cause of the Baiji's demise is the use of fishing nets with hooks that snag and drown the dolphins as bycatch. Other causes may include habitat degradation.

The team's report appeared in the online journal Biology Letters.

Science News // 10 hours ago
Owls may have inherited their night-hunting abilities from dinosaurs
May 6 (UPI) -- New research suggests a small bird-like dinosaur exacting night vision and owl-like hearing to track down prey in the black of night. 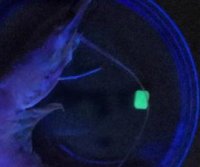 Science News // 11 hours ago
Chameleon skin-inspired material changes color, can detect seafood freshness
May 6 (UPI) -- Scientists have created a new type of synthetic skin that uses luminogens and a bilayer structure to artfully alter its color in response to the environment.

Science News // 15 hours ago
Floods could triple across Himalayas, Tibetan Plateau as planet warms
May 6 (UPI) -- As the global temperature continue to climb and glaciers melt more rapidly, new research suggests the risk of flooding across the Himalayas and Tibetan Plateau could triple.

Science News // 19 hours ago
Many consumers use, trust food date labels but misinterpret information
May 6 (UPI) -- New survey data suggests many consumers get mixed up when interpreting "USE By" and "BEST If Used By" labels, according to a study published Thursday in the Journal of Nutrition Education and Behavior.