In a report in Science, Corrie Moreau and Naomi Pierce of Harvard University say the first ants evolved 140 million to 168 million years ago. But they say the group began to diversify much later, about 100 million years ago, as flowering plants evolved, providing food for herbivorous insects that became food for ants.

"Ants are a dominant feature of nearly all terrestrial ecosystems, and yet we know surprisingly little about their evolutionary history: the major groupings of ants, how they are related to each other, and when and how they arose," Moreau said. "We now have a clear picture of how this extraordinarily dominant -- in ecological terms -- and successful -- in evolutionary terms -- group of insects originated and diversified."

The project combined a close study of the fossil record with molecular research on the DNA of the subfamilies of ants to work out a family tree.

Science News // 3 hours ago
Origins of domesticated horses traced to north Caucasus region, study finds
Oct. 20 (UPI) -- Horses were first domesticated in the northern Caucasus region, before conquering the rest of Europe and Asia within a few centuries, according to research published Wednesday by the journal Nature. 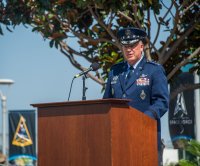 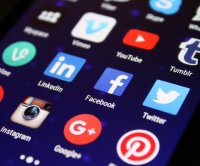 Science News // 3 days ago
Russia's Soyuz spacecraft lands in Kazakhstan after ISS mission
Oct. 17 (UPI) -- A Soyuz MS-18 space capsule with a cosmonaut and two Russian filmmakers landed in Kazakhstan on Sunday after a 3 1/2-hour trip from the International Space Station.
Advertisement