Paris rioters get an edge with cell phones

WASHINGTON, Nov. 8 (UPI) -- As violence continues to rage in the suburbs of Paris, tension runs high between the rioting immigrant youths and the French authorities. But while public opinion may be divided on whether resorting to violence will finally shed light on how the rioters believe they have been marginalized from mainstream French society for so long, one thing is for certain: Their number continues to grow in no small part due to their ability to band together via mobile phones and e-mail. What is more, in that war of information, the rioters have an edge over the French authorities.

Government officials have readily acknowledged the power of technology that has banded the disgruntled youths in such large numbers and with such anger. In fact, French police have publicly admitted that nightly broadcasts on television of vandalism by young Arab and Muslim men have only further fanned the flames of rage across the country and indeed beyond French borders.

Television, however, is not the single most effective instrument in coordinating rioters. Of course, television footage has shown France and indeed the world in no uncertain terms what exactly is happening, but rioters are banding together and finding strength in numbers through their cell phones and online.

National police spokesman Patrick Hamon told reporters that while there appears to be no coordination in activities between gangs among the various suburbs where the riots have taken hold, he acknowledged that group members were text-messaging or e-mailing one another to arrange meeting points or warn each other of police activities. Thus far, the police have been unable to tap or jam the wireless communications effectively to pre-empt the attacks.

Yet the Parisian youths are far from alone in using text-messaging in particular to coordinate their activities, even though they might actually be ahead in making use of mobile communication tools compared to their U.S. peers. Indeed, both protesters and authorities in other parts of the world could learn a great deal on seeing how the rioters have been able to group themselves.

There is no doubt that for protesters worldwide, and even those who do not resort to violence but depend on large turnouts in order to make a significant impact on the public image, using mobile phones and e-mail has been key to mobilizing people.

Communications through "Web sites, e-mail have been key" in getting people to anti-war protests across the United States, said Dustin Langley, media coordinator for the New York-based International Action Center, a group that proclaims to be against "U.S. militarism, war, and corporate greed, linking with struggles against racism and oppression within the United States."

At the same time, Langley told United Press International that while his group, which works together with other organizations in a coalition called Troops Out Now, acknowledged that it did not use text-messaging to coordinate movements as of yet.

"We're not there yet," he said, but pointed out that the group makes much use of traditional means of communications such as "good old-fashion leaflets and stickers."

The minimal use of text-messaging among U.S. protesters reflects the fact that phone messaging is still not mainstream in the United States, at least for now.

But one World Bank official acknowledged that they will need to be much more aware of text-messaging traffic when the group meets for its annual meeting together with the International Monetary Fund in Singapore next year.

Noting that text-messaging is much more prevalent in Europe and Asia than it is in the United States, the official said that the bank "really needs to keep tabs on e-mail and messaging traffic, as well as instructions on Web sites" from protesters in order to keep demonstrations as peaceful as possible.

"But at the end of the day, it's the police force that really needs to keep track" of security issues, rather than the organizers of the event, the official said.

Science News // 2 hours ago
Many consumers use, trust food date labels but misinterpret information
May 6 (UPI) -- New survey data suggests many consumers get mixed up when interpreting "USE By" and "BEST If Used By" labels, according to a study published Thursday in the Journal of Nutrition Education and Behavior.

Science News // 16 hours ago
SpaceX completes first successful landing of Starship rocket
May 5 (UPI) -- SpaceX successfully launched and landed its Starship moon and Mars rocket for the first time in Texas on Wednesday.

Science News // 19 hours ago
Africa's oldest human burial uncovered in Kenya
May 5 (UPI) -- Researchers have recovered the remains of a three-year-old child buried 78,000 years ago in an ancient pit north of Mombasa, Kenya. The human burial pit, dubbed Panga ya Saidi, is the oldest yet discovered in Africa. 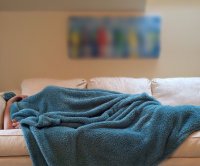