Young's career at NASA began in 1962 when he was selected to join NASA's second astronaut class, known as the New Nine, which followed the original Mercury Seven.

Young flew aboard the two-man Gemini 3 and Gemini 10 capsules in 1965 and 1966, flew Apollo 10 around the moon in 1969 -- in a mission that preceded the first lunar landing. He also walked on the moon during the Apollo 16 mission in 1972, and co-piloted the first shuttle mission aboard Columbia in 1981.

While on the moon, Young drove a motorized rover 16 miles and spent three nights on the lunar surface. He is the only person to go into space as part of the Gemini, Apollo and shuttle programs and was the first to fly into space six times -- seven times counting his lunar liftoff.

"John's tenacity and dedication are matched only by his humility," said NASA administrator Sean O'Keefe. "He's never sought fame and often goes out of his way to avoid the limelight. However, when you need a job done and you want it done right, John's the person to go to. He's a true American treasure, and his exemplary legacy will inspire generations of new explorers for years to come." 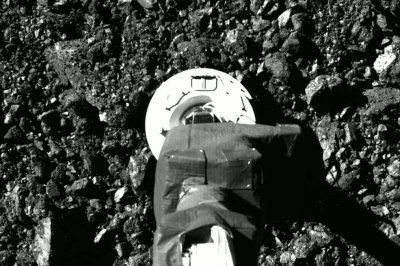