WASHINGTON, June 30 (UPI) -- The U.S. Department of Agriculture reported Wednesday a cow that initially tested positive for mad cow disease has come back negative on follow-up testing, but a food industry consultant told United Press International he estimates there could be more than 100 cases of the deadly disorder in the country's herds.

About half of the cases will go undetected and passed on for human consumption, Robert LaBudde, president of Least Cost Formulation Ltd., a food industry consultancy in Virginia Beach, Va., told UPI.

The USDA is still awaiting results from another case that initially tested positive Tuesday. Results could take four to seven days. Under the agency's expanded surveillance plan, which went into effect June 1, cows initially are screened by so-called rapid tests and any positives are followed up with confirmatory testing. The only confirmed U.S. case of mad cow disease to date occurred in Washington state last December.

The concern is humans can contract a fatal, incurable brain illness known as variant Creutzfeldt Jakob disease from eating meat infected with the mad cow pathogen. The USDA said any cows that initially test positive are withheld from the food supply pending additional testing, so U.S. beef is safe.

LaBudde, who has served on the faculties of the University of Wisconsin-Madison and the Massachusetts Institute of Technology, thinks there will be many more infected cows detected.

"There is no question that we will be seeing a dozen or more -- possibly 100 or more -- cases of BSE-positive cattle in our national herd," said LaBudde, whose clients include the meat industry.

LaBudde said he bases his prediction on the one positive case detected so far, compared to the number of downers, or at-risk animals, in U.S. herds -- which amounts to about 250,000 by his calculations. That would yield about 68 cases among the at-risk cows, he wrote in a recent article published in Food Safety magazine. In Europe, the number of cases among seemingly healthy animals has been about half that seen in the at-risk cows. So in the U.S. that would yield 34 additional cases, for a total of 102.

Only about half the cases will be detected, however, because many animals will not show any symptoms, LaBudde said. This is based on the experience in Europe, where half the animals that test positive have no outward symptoms of infection, he added.

The USDA's surveillance plan focuses predominantly on animals with obvious signs of the disease, such as staggering, the inability to stand or dying from it. Only a small percentage of healthy-appearing animals will be tested.

LaBudde said the department should test all cows over age 5 regardless of their health status, because these are the most likely to have passed through the lengthy incubation period of the disease and test positive. He called the USDA's failure to do that bordering on "negligent."

The USDA and the meat industry have insisted the U.S. beef supply is safe because the most infectious parts of the cows -- the brain, spinal cord and intestines -- are being removed.

LaBudde agrees with that assessment, estimating there would be, at most, only one case of vCJD in the United States.

"But that doesn't mean that the policy is not malfeasance and morally wrong," he said. "It's much like a car company taking the 'insurable risk' and letting the gas tanks explode under certain types of rear-end collisions."

Agriculture Secretary Ann Veneman and other USDA officials have said they expect to find additional mad cow cases, but agency spokeswoman Julie Quick said the agency does not have an official estimate of the total number of cases they eventually expect to detect.

"That is one of the reasons we put this enhanced surveillance plan in place," Quick told UPI.

David Ray, spokesman for the American Meat Institute, a trade group in Arlington, Va., told UPI his organization also does not have an estimate of the number of infected cows that might be lurking in U.S. herds.

"We've never even tried to make an estimate," Ray said.

The number of cases is irrelevant to food safety, he said, because the agency's testing program is designed to help determine the prevalence of the disease, not ensure the safety of the meat supply. The safety of the food is ensured by the removal of the most infectious parts of the animal, he said.

Spinal columns are often split open during processing, however, and some experts have expressed concern this creates the potential for the infectious agent to contaminate the meat. 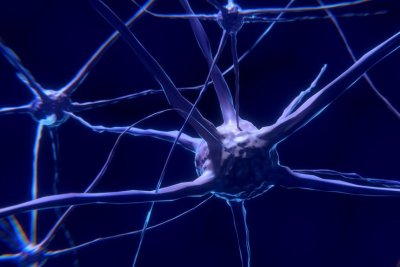