SEOUL, Sept. 24 (UPI) -- Despite the protests of scientists and medical research activists, the South Korean government finalized a bill Tuesday to ban the cloning of human cells beginning next year.

South Korea has no effective rules on cloning, which has touched off fear the country could be used as a laboratory for the research, which is mired in ethical and moral controversy.

The Seoul government will restrict any attempts to clone human cells after its bill is endorsed by Parliament next month, said Kwon Joon-wook, a medical policy chief at the Heath Ministry. The government bill, Life Ethics and Safety Measures, also bans the cloning of somatic cells, artificial hybrid fertilization between human beings and animals and the genetic treatment of fertilized eggs, embryos and fetuses.

In addition, the bill outlaws embryonic stem cell research and the use of individual genetic information for the purpose of education, employment and insurance. Violators will face up to 10 years in prison.

Stem cells, which are found in human embryo, umbilical cords and placentas, can divide and become any kind of cell in the body.

The ministry would only permit studies of spare embryos produced as a result of infertility treatment. Only frozen surplus embryos are allowed for medical purposes and the range of use is limited only to the research of stem cells in treating sterility and curing diseases, the bill said.

Many Korean scientists and medical research activists strongly opposed the bill, saying the country would fall behind the trend of the world's scientific research. For example, stem cell research could be valuable in curing or alleviating chronic and degenerative conditions, such as Parkinson's disease, Alzheimer's and spinal cord injuries, they said.

"It is premature that the government explicitly banned the cloning of embryos and somatic cells. The ban would hinder biotechnology research in the country," said Hwang Woo-seok, a veterinarian at Seoul National University, told United Press International.

"The cloning of somatic cells is considered as an effective way to help cure many diseases, but we decided to ban the cloning because it can be misused for human cloning," a senior official at the Health Ministry told UPI on condition of anonymity. "But we will review the bill within three years, considering the development of science and technology and changes," he said.

Religious groups have opposed cloning research, saying it is tantamount to murder because it results in the destruction of human embryos. The bill is largely viewed to have put more weight on respect for human life than technological development.

The U.S. firm Clonaid, which claims it had successfully implanted a cloned embryo in a South Korean woman, has vowed to continue working on a human-cloning project, despite the government's warning of punishment.

"It will be human rights abuses if the government blocks people from enjoying benefits from science," Clonaid Korea spokesman Kwak Gi-hwa told UPI. 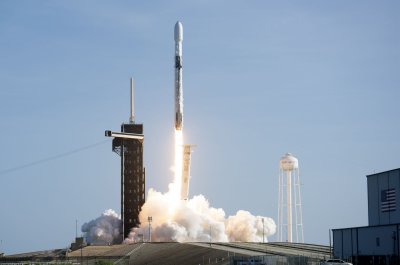