WASHINGTON, July 31 (UPI) -- On a fairly bi-partisan vote of 78-21, the Senate passed a bill Wednesday that could make cheaper generic drugs more rapidly available to U.S. consumers and ultimately lead to savings of billions of dollars in drug costs.

Sen. Robert Torricelli, D-N.J., said the bill could reduce drug costs by up to 65 percent and save consumers $60 billion over the next decade. A similar bill has been introduced in the House, but at present it is uncertain whether it has the support to pass.

The Senate bill limits automatic 30-month stays to patents the brand name carries at the time it is approved. Brand-name drug manufacturers can still challenge infringement upon patents that are added after approval, but they must first get the approval of a judge.

Those opposing the bill, including Sen. Judd Gregg, R-N.H., and brand-name drug companies, maintain the bill would reduce profits and the amount of money available for research and development. Ultimately, opponents asserted, it would stifle development of innovative new drugs.

This bill would "give the tilt in the favor of generic drug companies ... and hurt the ability of innovative companies to protect their patents," said Jeff Trewitt, spokesman for Pharmaceutical Research and Manufacturers of America, a lobbying group for brand-name drug companies.

Protecting patents "is essential to sustained innovation," Trewitt told United Press International. There are no estimates on the impact this would have on research and development expenditures, he said.

Senators supporting the bill said brand-name drug companies have abused the patent system to obtain frivolous patents -- such as one obtained for the color of the bottle a drug was packaged in -- to file multiple 30 month stays and keep generic drugs off the market.

Trewitt rejected this notion and cited a report from the Federal Trade Commission that found only eight instances since 1992 of companies being granted multiple 30-month stays. "The problem is nowhere near as serious as (some senators) would have you believe," he said.

The consumer advocacy group Public Citizen said, however, the bill actually would encourage innovation, not stifle it. Brand-name companies would be driven to increase their development of patentable drugs rather than filing for frivolous patents on existing drugs, Ben Peck, legislative representative Public Citizen, told UPI.

"The prescription drug industry is the most profitable industry among the fortune 500," Peck said. "I don't think this will hurt their bottom line," he added.

Peck noted a recent Public Citizen analysis found the cost of developing a drug averages about $240 million, which is significantly less than the $800 million price-tag claimed by brand-name drug companies.

"The only thing they have to worry about are weak bogus patents ... that they could not support before a judge," he said, noting the bill "would do nothing to limit the ability of brand name drug companies to protect legitimate patents." 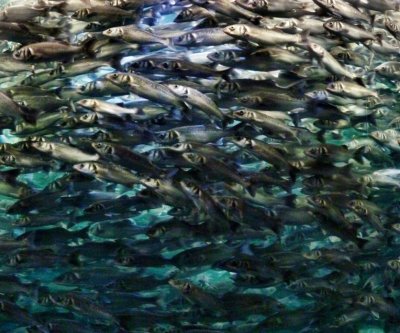