"We must continue to hold NASA and the FAA responsible for safe and reliable air transportation," Rohrabacher said. "(They) must aggressively lead the way in aeronautical research for improving civil aviation."

Rep. Bart Gordon, D-Tenn., said several indicators point to the United States losing its lead in commercial aviation. Adding the problem of the country's overcrowded air-traffic-control system to the mix only further calls into question the Bush administration's flat research and development spending plans for the next few years, he said.

Richard Golaszweksi, executive vice president and aviation economics analyst with the GRA research firm, told the committee overall U.S. spending on aeronautics research fell about 50 percent between 1985 and 1999, with government budgets seeing the sharpest decrease. The federal contribution to research must continue, he said, with an eye toward reducing the risks industry faces with new technology.

Samuel Venneri, associate administrator of the National Aeronautics and Space Administration's Office of Aerospace Technology, told the committee the agency's 2003 aeronautics spending would increase to $541 million, $14 million more than this year. The administration's plan would maintain that funding level for the next four years, according to his testimony.

"We're looking at ... how to transform NASA to be relevant to aeronautics for the 21st century," Venneri said. "We're in a major effort right now to (define) our core competencies, our institutional facilities, and how do we implement this vision for the country as part of a team, not just NASA, but universities, industry and (federal agencies)."

Rohrabacher asked if those changes translated to a real decrease in funding. Venneri said the agency has reprioritized about $130 million into higher-payoff research into increasing aircraft capacity and decreasing environmental impacts.

The agency's efforts, Venneri said, will focus on systems such as "synthetic vision," which aims to maintain a pilot's view of the outside world in poor weather by combining radar and other information.

Steven Zaidman, associate administrator for research at the FAA, told the committee the agency's 2003 research and development budget request is $118 million less than this year's spending. That change is misleading, he said, since the current number reflects monies appropriated after the '02 budget was approved, or funds that transfer to the new Transportation Security Administration.

The vast majority of the FAA's '03 request for $127 million, Zaidman said, would go toward aircraft technology safety programs. These efforts include designing wiring that detects the onset of dangerous electrical arcing and shuts off the circuit before a fire can start.

The first priority has to be upgrading the country's air traffic control system, Swain said. If air travel cannot find additional room to grow, he said, it will not matter how well Boeing and other aircraft makers compete.

If that problem is solved, then research into lighter building materials and more efficient engines would be most helpful, he said. 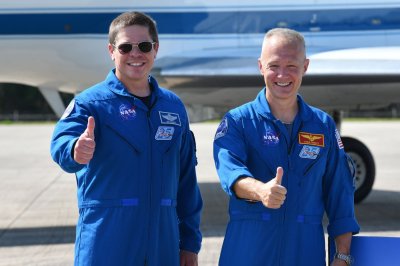