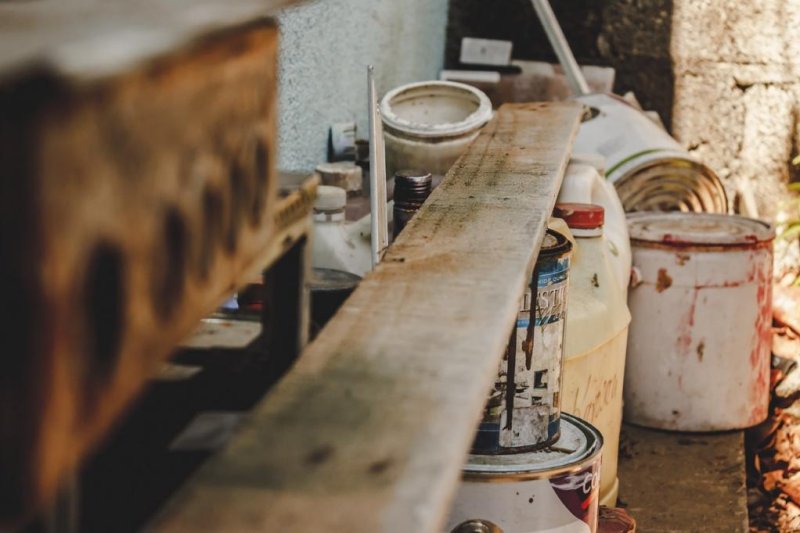 Carl Skivington was renovating a room at his Burton-upon-Trent, England, home when he found a letter behind a cupboard that turned out to have been written by a 14-year-old previous resident in 1982. Photo by jossuetrejo_oficial/Pixabay.com

April 18 (UPI) -- A British man renovating his home looked behind a cupboard and found a letter written by a 14-year-old former resident in 1982.

Carl Skivington said he was clearing out a room in his Burton-upon-Trent, England, home for renovations when he discovered an envelope concealed behind a cupboard.

"We were really shocked actually. My partner and I were turning the box room into a nursery as my partner is 15 weeks pregnant. It had like one of these weird, pre-built cupboards in the corner which I decided I wanted to take out," Skivington told Staffordshire Live.

The envelope contained a letter signed by 14-year-old Deborah Stokes in 1982.

Stokes wrote about the state of the world in the time she was writing the letter, including the prices of milk, bread and beer.

She wrote that her favorite bands were Haircut One Hundred and The Boomtown Rats, and asked the finder if the groups were still around.

"I hope the world is a better place by the time you see this. I like to think it will be," the girl wrote.

Skivington posted photos of the discovery to Facebook, and the photos were shared and eventually came to the attention of the author, now named Deborah Dishman.

Dishman said the letter had been suggested by her father, who died two years ago.

"I remember it because it was all about my dad, really, who came up with the idea. He was building the cupboard in my bedroom at the time and it was his idea to write a time capsule letter, and he believed that years on someone would find the letter," Dishman said.

Dishman said she and her own children have taken to concealing notes in their home for future residents to discover.

Odd News // 17 minutes ago
Florida man finds bear sleeping on his front porch
Dec. 2 (UPI) -- A Florida man who was alerted to the presence of a bear in his neighborhood discovered the animal taking a nap right outside his front door.

Odd News // 28 minutes ago
Owl recovering after rescue from Connecticut road
Dec. 2 (UPI) -- An owl struck by a car on a Connecticut road was rescued by a bystander and is expected to make a full recovery.

Odd News // 4 hours ago
Up to 30 cows escape crashed trailer on Arizona highway
Dec. 2 (UPI) -- Transportation officials in Arizona said up to 30 cows were loose on a highway after a crash involving a cattle trailer.

Odd News // 4 hours ago
Two escaped emus captured in Ohio, unrelated emu still on the loose
Dec. 2 (UPI) -- Officials in an Ohio county said two escaped emus were rounded up this week -- but another emu remains on the loose in the area.

Odd News // 1 day ago
Home Depot workers track down owner of dropped $700 cash
Dec. 1 (UPI) -- Employees at a Home Depot store in Tennessee worked together to track down the owner of $700 cash found in an envelope dropped in an aisle.

Odd News // 1 day ago
Polar bear gives birth to twins at Ohio zoo
Dec. 1 (UPI) -- The Toledo Zoo in Ohio announced the birth of twin polar bears, but the newborns won't be on public display until next year.