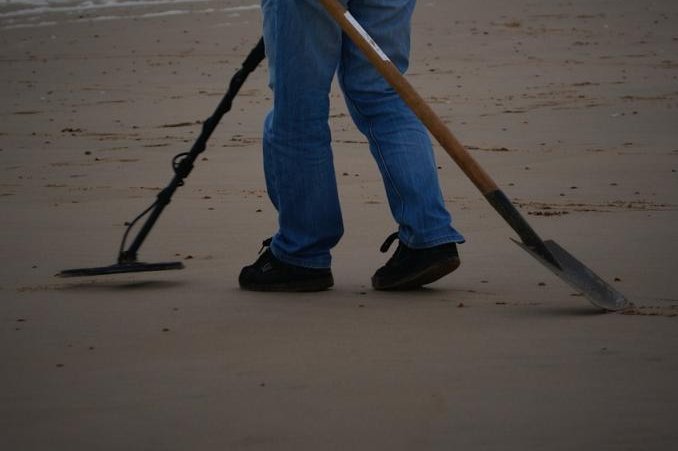 Dec. 4 (UPI) -- A Scottish woman who lost her wedding ring in a potato patch was reunited with the precious item 50 years later thanks to a man with a metal detector.

Donald MacPhee, who picked up metal detecting as a hobby about seven years ago after being inspired by videos on YouTube, said he was inspired to act when Peggy MacSween, 86, his neighbor in Benbecula, in the Western Isles, told him how she had lost her wedding ring while gathering potatoes 50 years earlier.

MacPhee said he visited the meadow where the potato patch was formerly located and spent three days searching with his metal detector. He said he dug about 90 holes before unearthing MacSween's ring.

"It was in immaculate condition. She put it on her finger and it still fitted perfectly," MacPhee told The Guardian.

MacSween said she was shocked to learn the ring had been found after all these years.

"He just came to the door and said: 'I have something to show you.' It was the ring. I couldn't believe it, but there it was. I thought I would never see it again," she said.

MacSween said she plans to wear the ring alongside the replacement her husband, John, bought her after the original was lost. She said the ring is a reminder of her husband, who died a few years ago.