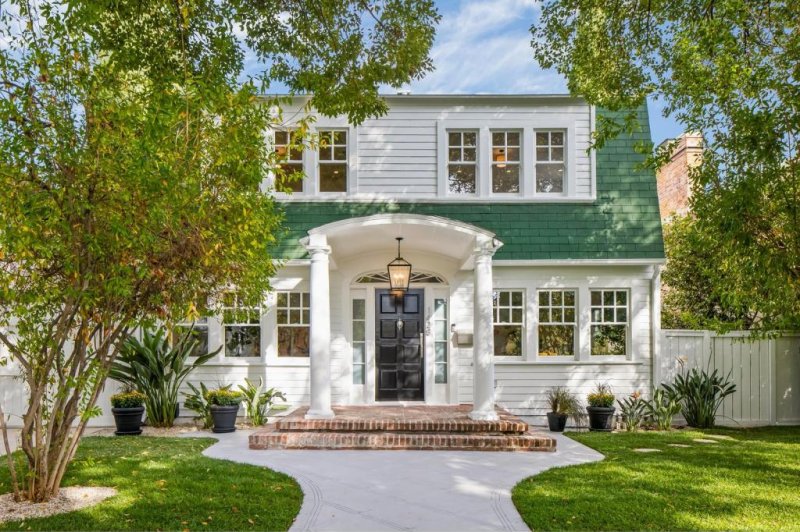 The house that served as a filming location for Wes Craven's 1984 slasher film "A Nightmare on Elm Street" is on the market for $3.5 million. Photo courtesy of Douglas Elliman

Oct. 21 (UPI) -- The Los Angeles home from the 1984 movie A Nightmare on Elm Street has been listed for sale in time for Halloween with an asking price of $3.5 million.

The two-story house served as protagonist Nancy Thompson's home in Wes Craven's classic slasher film, and was the location of the character's final showdown with iconic serial killer Freddy Krueger.

"It's so much fun bringing this house to market during a historic real estate inventory shortage," listing agent Learka Bosnak told MarketWatch.

"Buyers are worn out. They've been looking for a great house, one with enough bedrooms and en suite bathrooms and space to work from home. And here it is, and it's beautiful, and it's ready to buy, and it has this incredibly fun movie history."

"The facade is iconic, but the ties to the movie stop as soon as you walk through the front door. Inside, it's a beautiful traditional-style space with a modern twist," Roy told the Los Angeles Times.

Offers on the house are appropriately due on Halloween, the agents said.

Odd News // 9 hours ago
Escaped python found hiding under parked vehicle in Texas
Aug. 11 (UPI) -- Animal services officers in Texas said they were summoned to a home on an unusual call -- a huge python spotted under a parked vehicle.

Odd News // 14 hours ago
Wild boar runs loose through Spanish beach
Aug. 11 (UPI) -- Visitors to a beach in Spain were shocked when a wild boar came in from the sea and dashed across the sand.