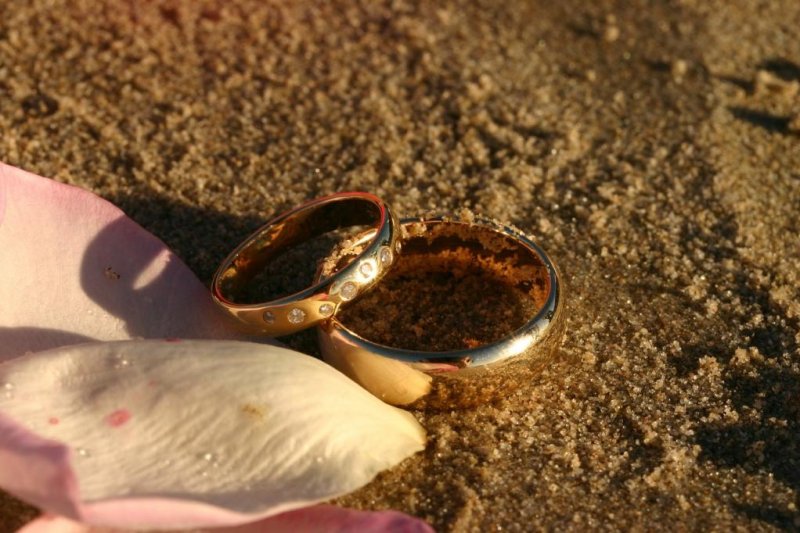 James Ross lost his wedding ring while scuba diving in the Eden Rock area of the Cayman Islands, and the band was found three weeks later by snorkeler Raquel Tobian, who said she was led to the glittering item by a swimming squid. Photo by angelic/Pixabay.com

Sept. 24 (UPI) -- A woman snorkeling in the Cayman Islands said a squid led her to a wedding ring that she was later able to reunite with its owner.

James Ross said he had only been wearing his wedding ring for about six months when he lost it while scuba diving with his wife, Kirsty McMillan, at Eden Rock.

"I lost it at some point during the dive, and although we searched for it high and low afterwards, we had no luck in finding it," Ross told the Cayman Compass.

Three weeks passed with no sign of the ring, until Raquel Tobian, who recently moved to the Cayman Islands from Ohio, chanced upon the lost item while snorkeling in the Eden Rock area.

Tobian said she was following a squid in the water when she noticed something glittering in the sand nearby.

"I had people reaching out very quickly, within the first hour," Tobian said. "Shockingly, it took less than two hours for the Internet to find the rightful owners."

Tobian met up with Ross and McMillan the next morning and confirmed the ring she had found was the one that had fallen from the man's finger.

"The wife was joking about the punishments she had come up with for her husband to make amends for the loss, so finding the ring spared him some stress," Tobian said.

"They were so grateful they offered compensation, but it was not necessary; the positive feelings from getting to return such an important item [were] plenty."

Ross said the incident taught him an important lesson about his wedding ring: "Listen to your wife and remove it before diving."

Odd News // 34 minutes ago
Kansas woman becomes third sister to turn 100
Dec. 1 (UPI) -- A trio of Kansas sisters are celebrating after the youngest of them celebrated her 100th birthday. 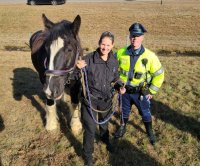 Odd News // 3 hours ago
Loose horse runs with traffic on Massachusetts highway
Dec. 1 (UPI) -- Travelers on a highway in Massachusetts faced an unusual traffic hazard when a horse entered the roadway and galloped alongside their vehicles.

Odd News // 23 hours ago
Wrong-number text gets high school team a video call with the Buccaneers
Nov. 30 (UPI) -- A Michigan high school basketball team's wrong-number mistake in a group text led to the team getting an unexpected video chat session with the Tampa Bay Buccaneers.