Sept. 2 (UPI) -- A Missouri nature center is throwing a "sweet 16" birthday party for one of its most unusual resident animals: a two-headed snake.

The Cape Girardeau Conservation Nature Center, which is operated by the Missouri Department of Conservation, said the female black rat snake, which has two heads with fully functional brains, will turn 16 on Saturday and visitors are being invited to join the celebration.

Alex Holmes, a naturalist with the MDC, said rat snakes typically live about 10 years in the wild, and conjoined twins usually live for far fewer years because their body's lack of dominant leadership makes them an easy target for predators.

"Having two heads or being conjoined twins as they are happens in nature, happens in any kind of species," Jamie Koehler, assistant manager of the Cape Girardeau Conservation Nature Center, told WSIL-TV. "It's just typical that she wouldn't have survived out in the wild because someone would have her for breakfast or lunch."

The birthday party, which lasts from 1-3 p.m. Saturday, will feature crafts, games and cake for visitors.

Koehler said the event will also offer an opportunity to learn more about the species.

"Black rat snakes are actually called that because a main part of their diet is eating mice, rats, voles, moles shrews," she said. "Things they can find in our yard which could be a vector of disease for us, so they actually help us out in a lot of different ways."

Odd News // 5 hours ago
Boredom steers Maryland woman to $25,000 lotto win
May 20 (UPI) -- An unidentified woman in Maryland cured her boredom by buying a lottery ticket that led to $25,000 in winnings.

Odd News // 23 hours ago
Paper plane takes record-breaking 252-foot flight in South Korea
May 19 (UPI) -- A trio of paper aircraft enthusiasts broke a Guinness World Record in South Korea when they sent a folded plane for a flight of 252 feet, 7 inches.

Odd News // 23 hours ago
Officials working to capture escaped bison in Illinois
May 19 (UPI) -- Forest preserve officials in Illinois said they aim to have a bison on the loose since September 2021 captured safely by the end of May. 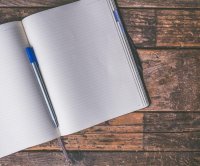