$27.9M lottery winner kept his luck secret for more than a month

Toronto resident Ginno Torres said he was in such a state of disbelief about his $27.9 million lottery jackpot that he kept it secret for more than a month. Photo courtesy of the Ontario Lottery and Gaming Corp.

Aug. 10 (UPI) -- A Toronto man who won a $27.9 million lottery jackpot said he was in such a state of disbelief about his good luck that he kept it secret for more than a month.

Ginno Torres, 29, told Ontario Lottery and Gaming Corp. officials he bought a ticket for the June 22 Lotto Max draw from King Grocery in Toronto, and he was so stunned to find out he had won that he checked his ticket at three different stores.

"My stomach was in knots as I was thinking about what was happening," Torres recalled. "I was numb."

He added: "I wanted to make sure it was real before I surprised my family and friends with this incredible news."

Torres held one of two winning tickets from the drawing, taking home a $27.9 million share of the jackpot.

Odd News // 13 hours ago
Police rescue dog from Florida canal
Oct. 25 (UPI) -- Police in Florida came to the rescue of a dog that fell into a canal and found itself unable to climb out without assistance. 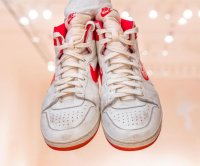 Odd News // 13 hours ago
Michael Jordan's rookie year shoes sell for record $1.47M
Oct. 25 (UPI) -- A pair of Nike shoes worn by Michael Jordan during his rookie season with the Chicago Bulls sold for a record-breaking $1.47 million at a Las Vegas auction.

Odd News // 14 hours ago
Lithuanian man sits in ice for 3 hours to break world record
Oct. 25 (UPI) -- A Lithuanian man put his endurance to the test by spending 3 hours and 1 minute submerged up to his neck in ice to break a Guinness World Record.

Odd News // 16 hours ago
ER nurses get engaged in elaborate hospital roof proposal
Oct. 25 (UPI) -- A pair of ER nurses who fell in love at the Georgia hospital where they both work became engaged in an elaborate proposal on the roof of the building. 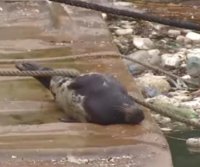