E.E. Cummings collection returned to library after more than 50 years

Aug. 9 (UPI) -- An Ohio library said a former patron mailed in an E.E. Cummings poetry collection that was more than 50 years overdue -- just weeks after a Bob Dyan record was returned 48 years late.

The Cleveland Heights-University Heights Public Library said the poetry book arrived in the mail recently along with an anonymous apology letter and a "lucky $2 bill."

The letter writer said they were recently going through some old boxes of books when they came across the E.E. Cummings collection bearing a Cleveland Heights Public Library stamp.

"It's been over 50 years since I've lived in Cleveland, so this must have gotten boxed up when we moved," the letter reads. "I am so very sorry. Here's a lucky $2 bill for whoever opens this!"

The library said the person would not have faced any late fees, since the facility did away with fines in 2019.

The book arrived in the mail just weeks after a copy of the Bob Dylan record Self Portrait was returned by a person who checked it out 48 years earlier.

"We can't help wondering if [the E.E. Cummings customer] saw the news about the Bob Dylan album, and the fact that we don't charge fines anymore, and decided the time was right to come clean," Heights Libraries spokesperson Sheryl Banks told Patch.

Odd News // 2 hours ago
Second cougar sighting reported in Washington
May 23 (UPI) -- Multiple cougar sightings have been made in Kennewick, Wash., over the last three days with one cougar deciding to take a swim. 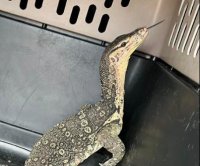 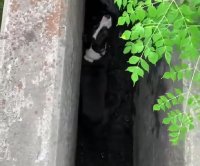 Odd News // 3 days ago
Boredom steers Maryland woman to $25,000 lotto win
May 20 (UPI) -- An unidentified woman in Maryland cured her boredom by buying a lottery ticket that led to $25,000 in winnings.
Advertisement