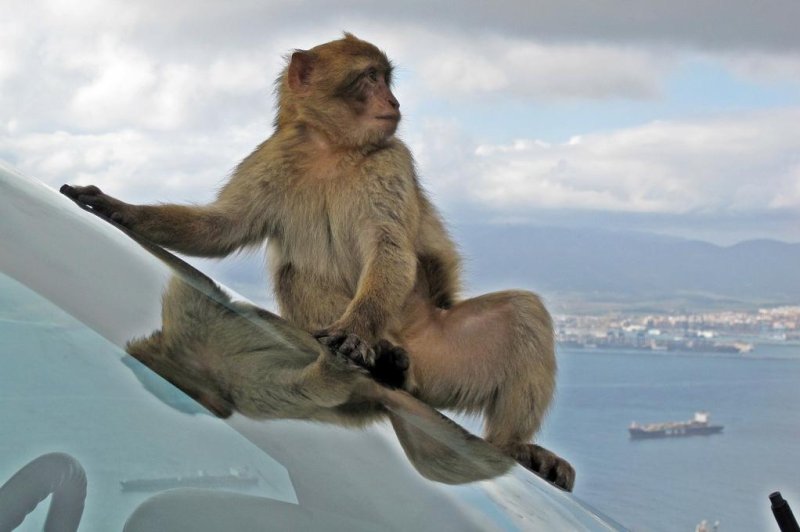 Police in Freiburg, Germany, said 20 to 25 Barbary macaque monkeys escaped from a zoo in Loffingen during a construction project Thursday. Photo by 12019/Pixabay.com

April 8 (UPI) -- Police in Germany are asking the public to keep watch for 20-25 monkeys that escaped from their zoo enclosure.

Freiburg police said 20-25 Barbary macaque monkeys escaped Thursday from a zoo in Loffingen and zookeepers were unsuccessful in their initial attempts to recapture the primates.

Police said construction work in progress at the zoo may have allowed the animals to escape, but the investigation is ongoing.

Zookeepers told police the monkeys are not believed to pose a danger to humans and are more likely to flee than attempt to fight. Members of the public who spot the loose monkeys are being urged to keep a safe distance and contact police.