March 17 (UPI) -- An 8-year-old Rubik's cube enthusiast in India broke a Guinness World Record by solving three puzzles at once -- one in each hand and one with his feet -- in 1 minute and 29.97 seconds.

Bhat said he decided to pursue the record after the World Cube Association announced it was removing the category of cube solving with the feet from official status in competitions.

"I was doing quite well in feet and ranked 6th in the country when the event was pulled off the official status. I was upset with the decision. Then I decided to make a mark in the feet solve event," he said.

The boy said he hopes to eventually break his own record by finishing in a time of under 1 minute. 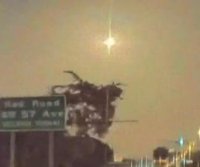 Odd News // 23 hours ago
Kansas police praise dog for getting help for owner during emergency
April 13 (UPI) -- Police in Kansas are hailing a dog as a hero after the canine ran to get help for his owner during a medical emergency. 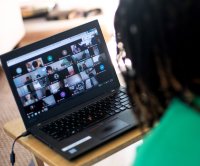