Wisconsin resident Betty Diamond mailed a book back to the Queens Public Library in New York 63 years after she checked it out. File photo by Valkr/Shutterstock

March 17 (UPI) -- A woman who checked a book out from a New York library in 1957 mailed the overdue volume back to the facility with a $500 donation.

Betty Diamond, 74, of Madison, Wis., said she checked out Ol' Paul, the Mighty Logger, a collection of Paul Bunyan stories by Glen Rounds, from a Queens Public Library branch in 1957.

Diamond said the book ended up lost among her own books, and she came across it over the years, but was unsure what to do with a book that was so long overdue.

Diamond, who teaches literature at the University of Wisconsin-Whitewater, said she recently decided to make amends and mailed the book back to the library branch in Auburndale with a $500 donation to cover any late fees.

Nick Buron, the chief librarian of the Queens Public Library, said the donation was unnecessary, but appreciated. He said the library stops charging fees after seven years.

Buron said an estimated 11,000 library materials currently in circulation are seven or more years overdue, but the 63-year overdue book was a once-in-a-lifetime arrival.

A book recently was returned to the Cape Breton Regional Library in Nova Scotia, Canada, after an even longer period of time: 82 years.

The copy of The Adventures of Doctor Dolittle, by Hugh Lofting, was returned by Jordan Muscyscyn, who found it stashed away in the attic while doing renovations on his recently purchased home in Sydney, Nova Scotia, home. 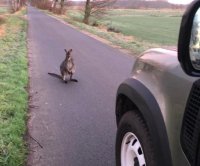