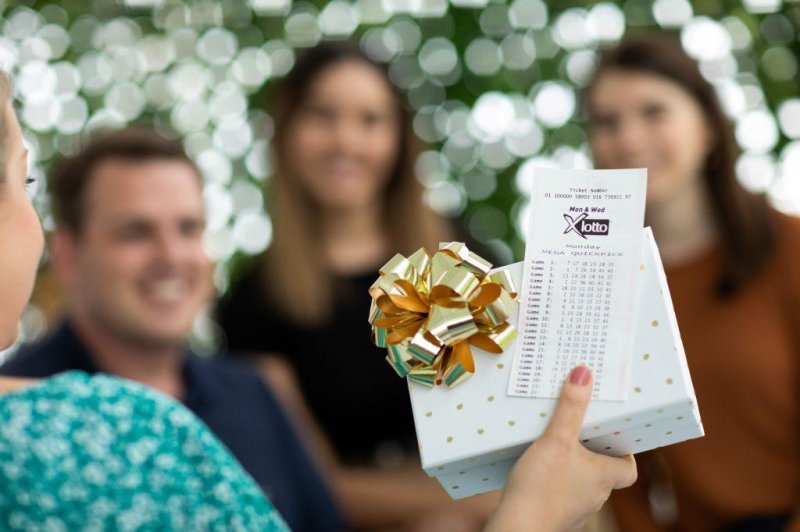 A Happy Valley, South Australia, woman said the numbers that earned her a lottery jackpot of more than $700,000 were the same numbers she has used for 20 years and they were originally chosen by her late husband. Photo courtesy of The Lott

Dec. 1 (UPI) -- An Australian woman won a lottery jackpot of more than $700,000 after loyally using her late husband's set of numbers every week for two decades.

The Happy Valley, South Australia, woman told The Lott officials she was initially confused when the clerk at a local store told her they couldn't pay her winnings from the Nov. 30 Monday X Lotto drawing.

"I just went to the newsagent to buy the paper and scanned my ticket, and they said they couldn't pay it," she said.

"I've been playing these same numbers for donkey's years. I reckon 20 odd years I've played them every week," the winner said. "I've always thought one day they'd win the big one."

She said the numbers weren't originally hers.

"My late husband chose those numbers all these years ago. I don't know why he chose them, but we've been playing them ever since," she said. "He's looking down on us from heaven very happy!"

The winner said she is planning to get new fences for her house and share her winnings with her two sons and their families.

Woman discovers lottery 'scam' is a real $150,000 jackpot Canadian lottery winner was unaware of jackpot for over a month Man wins lottery jackpot thanks to rain canceling son's practice