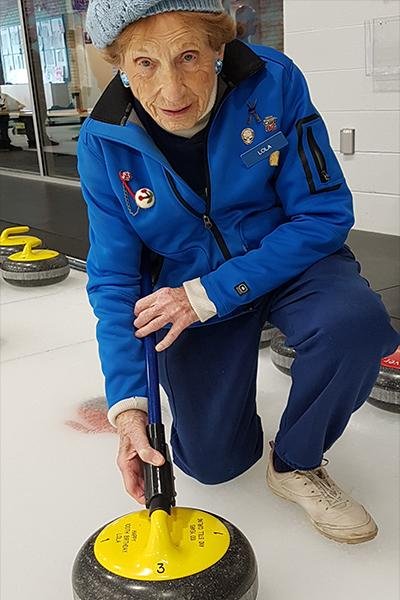 Lola Holmes, of Vancouver, said she first started curling, a stone-sliding game played on ice, when she was 24 years old, and she took up the hobby again at 80.

Holmes said her tenure as a curling player nearly ended when she was diagnosed with carpal tunnel syndrome at age 83, but she learned a technique known as stick-assisted curling that allowed her to continue to play the sport.

Holmes now plays the lead and curl position with the Vancouver Curling Club in the Ladies Seniors League.

"I am in the game of curling to win. I love to win games with our teams. I am equally unhappy when I lose," she said.

Holmes said he was excited to receive the Guinness World Records title. She said she hopes her accomplishment will inspire other seniors to remain active in their later years.

Odd News // 23 hours ago
Firefighters rescue bull stranded in river
Jan. 26 (UPI) -- Firefighters in Britain came to the rescue of a bull that slipped down an embankment and became stranded in a river.

Odd News // 1 day ago
Horse rescued from muddy California creek
Jan. 26 (UPI) -- Firefighters in California came to the rescue of a horse that got stuck in a muddy creek between a willow tree and a cactus.
Advertisement