A Melbourne, Australia, man won $3.4 million from a Set for Life lottery drawing using a set of numbers he copied from a previous jackpot drawing. File Photo by Robert Lessmann/Shutterstock

The Melbourne retiree told The Lott officials he always chooses his own numbers for the Set for Life drawing, and a few months ago he decided to change up the digits.

"Last time the big Powerball jackpot was won I had a look at the numbers and thought to myself 'those must be winning numbers' and decided to play those from now on," the winner said. "So whenever I mark an entry, I make sure some of those numbers are in there."

The man's lucky feeling about the numbers proved prescient when he won $3,374,712 in the Oct. 26 drawing using a ticket he bought from the Reservoir Newsagency in Reservoir.

"I don't have a car at the moment, so that's the first thing I'll buy," the man said. "I'll save up for a bit and get a nice new one. I'll probably invest some of the rest."

"I might go away for a bit of a break too when I can," he said. "Most of all I'm just excited not to have to ask the bank for money ever again." 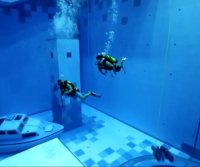 Odd News // 1 hour ago
Mysterious monolith found in southwest Utah
Nov. 24 (UPI) -- Authorities in Utah said they are investigating the origins of mysterious monolith spotted sticking out of the ground in a rural area in the southwestern part of the state.

Odd News // 2 hours ago
Sandhill crane named 'Fraser' released after treatment for golf ball injury
Nov. 24 (UPI) -- A sandhill crane dubbed "Fraser Crane" by rescuers was released back into the wild in British Columbia after receiving treatment and rehabilitation for an injury from an errant golf ball. 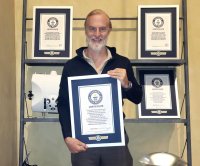 Odd News // 2 hours ago
Expedition to Earth's lowest point earns Guinness records for three
Nov. 24 (UPI) -- A recent expedition to the Challenger Deep, the deepest-known point on Earth, resulted in Guinness World Records for all three members of the expedition.

Odd News // 21 hours ago
Man breaks 1-mile basketball dribbling world record by 0.02 seconds
Nov. 23 (UPI) -- A University of North Carolina track coach dribbled a basketball for a mile and broke the Guinness World Record for the feat by only 0.02 seconds.

Odd News // 22 hours ago
Erosion from hurricane reveals shipwreck on Florida beach
Nov. 23 (UPI) -- A visitor to a northern Florida beach discovered the erosion from Hurricane Eta had uncovered something surprising in the sand -- a shipwreck from the 1800s.