Beaver on the loose after New Mexico zoo escape

Oct. 13 (UPI) -- A New Mexico zoo is asking the public to keep watch for a beaver that escaped from the facility after only recently being transferred from another zoo.

The Spring River Zoo in Roswell said Busy, one of a pair of 2-year-old beavers who recently arrived from the Pittsburgh Zoo, was discovered missing from his enclosure Sunday.

Zookeepers said Busy is believed to have tunneled under multiple fences to make his way out of the zoo.

The Roswell Police Department, the city's Animal Services Department and the New Mexico Game and Fish Department have been notified of the escape, officials said.

"If anyone sees a beaver in the city or surrounding area, it could possibly be the zoo's animal. While the beaver is relatively tame, he does not like to be picked up and should not be chased," the zoo said.

The zoo is asking anyone who spots the beaver to contact the facility rather than attempt to capture it themselves.

Odd News // 22 hours ago
Wildlife trapper dons disguise to capture aggressive turkey
Oct. 23 (UPI) -- An aggressive turkey that terrorized a California neighborhood for months was captured by a wildlife expert who disguised herself as an elderly woman to trick the foul fowl. 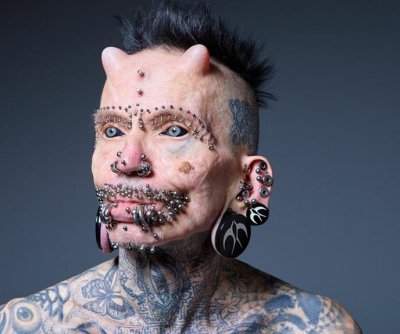