Watch: Hawk rescued from front grille of car in Massachusetts

Sept. 16 (UPI) -- A red-tailed hawk is recovering from its injuries and will soon be released back into the wild after being rescued from the front grille of a car that struck the bird on a Massachusetts highway.

Arlington Animal Control said an officer responded to a call for help from a driver who reported a hawk stuck in the front grille of his car.

The man told the officer he had struck the bird on the highway and kept driving for about an hour before discovering it was stuck in his front grille.

"The driver had told me on the phone that he used a shovel to try to get the hawk out. I couldn't believe it. When I arrived I thought for sure the hawk (an adult Red Tailed Hawk) was dead," the animal control officer wrote in a Facebook post. "As I tried to see how best to free it I thought I saw the tiniest movement in its wing."

The officer was able to extract the hawk and was surprised to see the bird open its eyes and beak.

The hawk was taken to Tufts Wildlife Hospital in North Grafton, where veterinarians said the bird is now standing and eating on its own. The hawk is expected to be released back into the wild once it is fully recovered.

Odd News // 1 hour ago
Watch: Horses run through streets of New Jersey city
Sept. 24 (UPI) -- Authorities in New Jersey said three horses were seen running loose through a city after dark, and one of the equines was caught on video with an unknown rider.

Odd News // 18 hours ago
COVID-induced vacation cancellation leads to $700,000 lottery jackpot
Sept. 23 (UPI) -- An Australian woman said being forced to cancel a planned vacation due to COVID-19 turned out to be unexpectedly lucky when she won a lottery jackpot of more than $700,000. 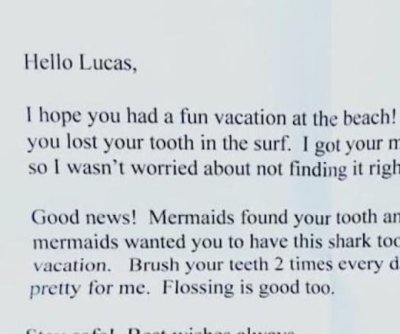 Odd News // 19 hours ago
Watch: Boy's message in a bottle gets reply from 'The Tooth Fairy'
Sept. 23 (UPI) -- A Tennessee boy who addressed a message in a bottle to the tooth fairy after losing his tooth at a South Carolina beach received a reply in the mail from a generous stranger, his mother said. 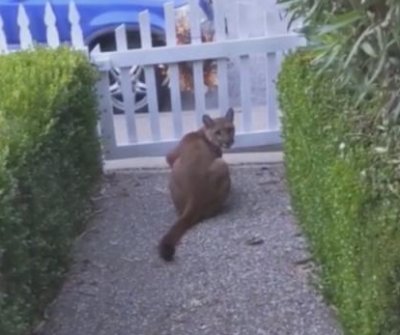 Odd News // 20 hours ago
Watch: Man confronts mountain lion outside California home
Sept. 23 (UPI) -- A California man who spotted what he initially thought was a German shepherd in his yard ended up chasing a mountain lion that was stalking some nearby kids.

Odd News // 21 hours ago
Guinness: Phone stopwatches 'too unreliable' for world record
Sept. 23 (UPI) -- Guinness World Records said it will not be able to create a category for starting and stopping a smartphone stopwatch.

Odd News // 21 hours ago
Watch: Authorities probing crocodile sightings in Michigan river
Sept. 23 (UPI) -- Authorities in a Michigan county are investigating reports of a crocodile or similar animal lurking in a local river -- and the creature may have been caught on camera.

Odd News // 22 hours ago
Watch: Woman, 96, bowls a 300 game at Pennsylvania alley
Sept. 23 (UPI) -- A 96-year-old Pennsylvania has become the first person at her local bowling alley to roll a "no tap 300," meaning she knocked down at least nine pins in each frame. 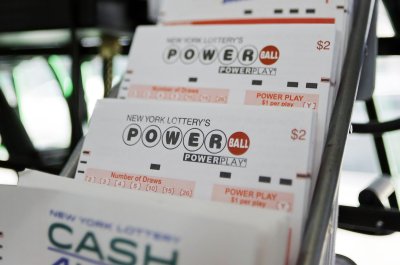