A North Carolina man said he went to about 40 stores in a single day to search for the remaining $5 million prize in a scratch-off lottery game, and his gamble paid off. File Photo by John Angelillo/UPI | License Photo

July 29 (UPI) -- A North Carolina man on the hunt for the final top prize in a scratch-off lottery game said he visited about 40 different stores before scratching off the $5 million winner.

Kevin Clark of Candler told North Carolina Education Lottery officials he read there was only one top prize remaining in the $5,000,000 Mega Cash scratch-off game, so he set off Thursday to buy as many of the $20 tickets as he could locate.

"I had a real good feeling it was going to be in the western part of the state," Clark said. "I went to about 40 different stores and bought every single last Mega Cash ticket I could find."

Clark's pricey gamble paid off when he scanned a ticket he purchased from the Stop N Go on U.S. 70 in Swannanoa.

Clark took the option of accepting his prize as a $3 million lump sum, which amounted to $2,122,506 after taxes.

"I'm a simple man and I mow grass," Clark said. "But I've always been interested in real estate, so my biggest plans with the majority of the money is to invest in real estate and some small businesses."

Odd News // 8 hours ago
Artist carves 168-link chain from the graphite of a single pencil
Sept. 30 (UPI) -- An artist in Taiwan was awarded a Guinness world record for an unusual piece of sculpture -- a chain of 168 links carved from pencil graphite.

Odd News // 9 hours ago
Moose visits Idaho middle school while classes are in session
Sept. 30 (UPI) -- An Idaho middle school had to devise a special plan to release students from the building when the campus played host to an unexpected guest -- a moose. 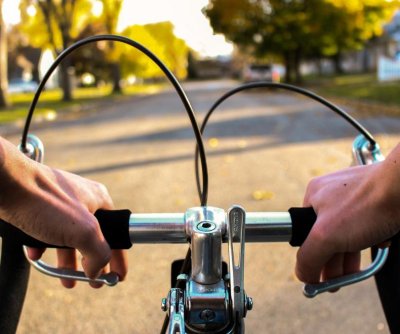 Odd News // 12 hours ago
Escaped pet ferret climbs into bed with surprised stranger
Sept. 30 (UPI) -- A ferret that escaped from his owner's home in England was found early the next morning when he wandered into a stranger's home and climbed into bed with a resident. 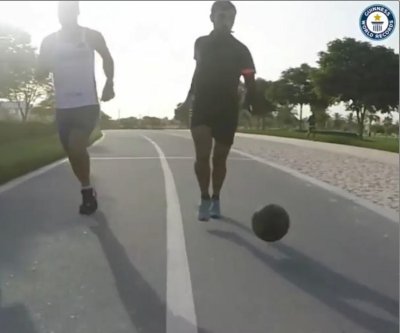 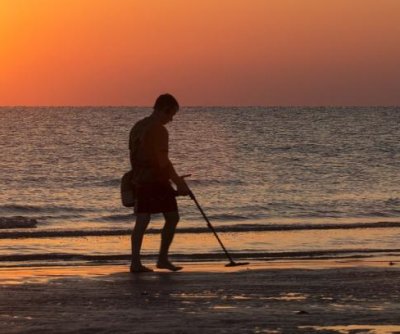 Odd News // 14 hours ago
Man discovers ring lost in 1995 had been found years ago
Sept. 30 (UPI) -- A Canadian man who lost his gold ring -- a gift from his late mother -- during a day at the lake in 1995 learned it had been found by a man with a metal detector more than two decades ago.