A visitor to the Crater of Diamonds State Park in Arkansas found a 2.23-carat brown diamond, the largest gem found in the park since October 2019. Photo courtesy of Arkansas State Parks

A visitor to the Crater of Diamonds State Park in Arkansas found a 2.23-carat brown diamond, the largest gem found in the park since October 2019. Photo courtesy of Arkansas State Parks

June 26 (UPI) -- An Arkansas woman visiting the state's Crater of Diamonds State Park found a 2.23-carat brown diamond -- the largest discovery at the park this year.

Arkansas State Parks said Mena resident Beatrice Watkins, 56, was sifting the soil at the Murfreesboro park with her daughter and granddaughters this month when she came across the gem.

"I thought it was shiny but had no idea it was a diamond!" Watkins said. "My daughter googled similar-looking stones and thought it might have been iron pyrite, so I stuck it in my sack and kept sifting."

The family took their discoveries to the park's Diamond Discovery Center while taking a break about an hour later and Watkins discovered the "iron pyrite" was actually a 2.23-carat brown diamond.

Park officials said Watkins' diamond, dubbed the Lady Beatrice Diamond, is the largest diamond found at the park since the discovery of a 3.29-carat brown diamond in October 2019.

"Ms. Watkins's diamond is about the size of an English pea, with an oblong shape and a metallic luster," Park Interpreter Waymon Cox said. "The surface is smooth and rounded, a characteristic shared by most Crater diamonds. It has a dark brown shade similar to iced tea."

Watkins said she hasn't yet decided what to do with her gem, but she is considering keeping it as inheritance for her children and grandchildren.

Odd News // 23 hours ago
Giant wave sweeps newlyweds into the ocean during photo shoot
July 2 (UPI) -- A wedding photo shoot on a California beach ended in near disaster when the newlyweds were swept from a large rock by a giant wave. 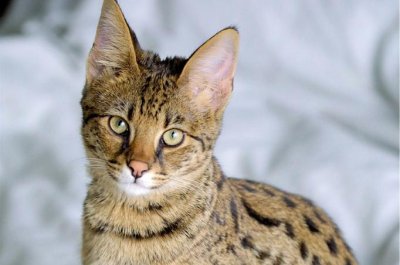