A man using a metal detector in an Illinois park found a 10-karat gold class ring dating from 1923. Photo by the Western Military Academy/Facebook

June 12 (UPI) -- An Illinois man walking with his metal detector in a public park found a class ring dating back 97 years underneath the soil.

Steve Aimone of Godfrey said he was using his metal detector at Rock Springs Park in Alton when he found the 10-karat gold ring at the top of a steep hill.

He said he does not think the ring was intentionally buried.

"It was only about 3 inches below ground," he told The Telegraph newspaper.

The ring, a 1923 class ring from Western Military Academy in Alton, was engraved with the name of its owner, Mervin E. Volle.

Aimone said his research indicated Volle served in World War II and moved to California, where he later died. He said he was able to contact a distant family member who said Volle had a child before he died.

The metal detector hobbiest said he is now hoping to identify and contact Volle's child so he can give them their father's ring.

"I think the family would be grateful to have the ring back," Aimone said.

C.B. Jackson, a Western Military Academy historian, expressed interest in adding the ring to his collection in Volle's family can't be found.

Odd News // 1 hour ago
Watch: 'Uncatchable pig' gives Missouri police the slip
Sept. 18 (UPI) -- Police in Missouri shared body camera footage of a failed attempt to capture an "uncatchable pig" that has been wandering the community for days.

Odd News // 23 hours ago
Watch: Iguana found wandering loose in Colorado state park
Sept. 17 (UPI) -- A Colorado State Parks employee responded to a call about an unusual animal and was surprised to find exactly what the caller described: an iguana wandering loose in a park. 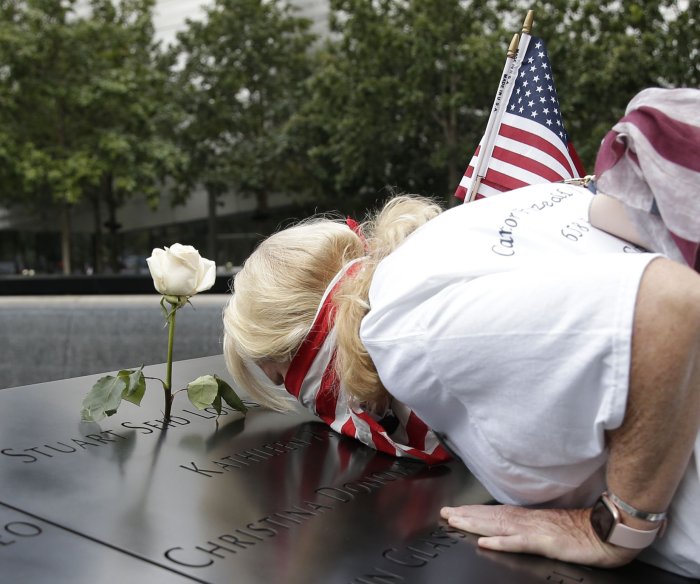