April 27 (UPI) -- A 99-year-old man followed up his Guinness World Record for most money raised by a charity walk with a second record celebrating his accomplishment as a recording artist.

Tom Moore, a retired captain who served in World War II, had originally aimed to raise just $1,200 for National Health Service Charities Together when he set out to complete 100 laps around his Marston Moretaine, Bedfordshire, garden before his 100th birthday.

Moore completed his walk April 16, and donations to his JustGiving page reached nearly $35 million, earning him a Guinness World Record for the most money raised by charity walk (individual).

Moore earned a second Guinness record Friday, when You'll Never Walk Alone, a single he appeared on with recording artist Michael ball, reached the top of the U.K. charts. Moore is now the record-holder for oldest person to reach number one in the U.K. charts at 99 years and 359 days old.

Odd News // 22 minutes ago
Woodpecker destroys nature camera at Russian nature reserve
June 17 (UPI) -- A nature reserve in Russia said a nature camera disguised as a piece of bark had an unintended consequence when it was destroyed by a hungry woodpecker.

Odd News // 22 hours ago
Clerk reopens store for woman who buys $1M lottery ticket
June 16 (UPI) -- A Michigan woman said she would not have been able to purchase the scratch-off lottery ticket that earned her a $1 million jackpot if a store clerk hadn't unlocked the closed door so she could shop. 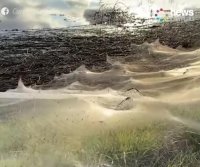 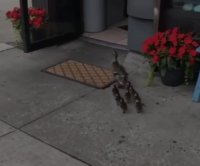 Odd News // 23 hours ago
Duck family waddles into New York bagel shop
June 16 (UPI) -- A New York man who helped a mother duck and her eight ducklings cross a busy road captured video of the moment the family of birds strolled into a Brooklyn bagel shop.

Odd News // 1 day ago
Nevada firefighters rescue trapped teen from home's chimney
June 16 (UPI) -- Firefighters in Nevada conducted an unusual rescue when a teenager who found herself locked out of her home tried to climb down through the chimney and became stuck. 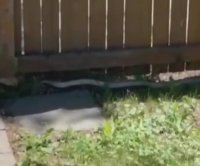