April 13 (UPI) -- A Nebraska bomb squad was called to the home of a resident who was doing some landscaping in his yard and discovered what appeared to be an unexploded mortar round.

Omaha Police officials said the bomb squad responded to Roland Treu's home when he was landscaping in his back yard and dug up what he initially thought to be a pipe, but soon suspected of being a munition.

The bomb squad contacted the Air Force, which took the item away for safe disposal. It was determined to be a "Navy drill round," an inert mortar round used for training, Omaha Police said.

"I gotta be careful next time I dig," Treu told WOWT-TV. 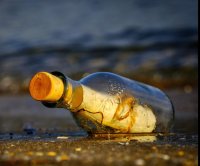