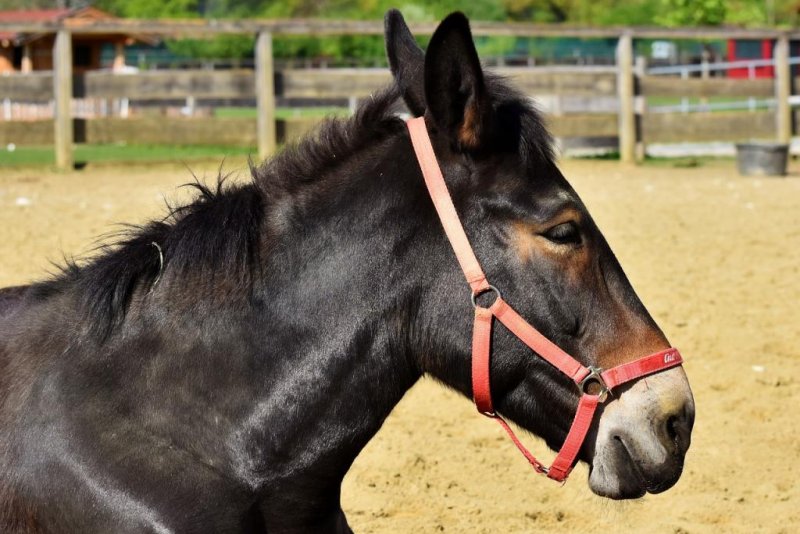 A mule was lassoed in Arkansas after running loose through a city. Photo by Capri23auto/Pixabay.com

April 1 (UPI) -- A mule escaped from its home in Arkansas and went for a run through a city before being lassoed near city hall.

Rickey Burke, Decatur animal control officer, said he received a call from the city's dispatch system alerting him to a mule running loose along Arkansas 59, near Decatur City Hall.

"The guys from the water department asked me how big the dog box on my truck was," Burke told the Eagle Observer. "They told me that they had a pretty big animal running loose near city hall. When I saw the mule, I knew that the box would not work."

The mule's owner, Shane Walkingstick, contacted wranglers Melissa Graves-Funk and Kaitlyn Funk for help capturing the animal after it escaped from its corral on his property.

The trio, joined by Burke, managed to corner the mule in a fenced-in area, but the animal remained elusive and resisted being restrained. A bystander managed to get a lasso around its neck, but the mule slipped free of the rope moments later.

Rodney Graves, Graves-Funk's brother, arrived with his fiance Jennifer Rumsey, two horses and a trailer. The pair mounted their horses and Rumsey, owner of the Luca-Don Equestrian Center in Gentry, was able to rope the mule.

The mule was loaded into the trailer and taken to Graves' home, where the animal and Walkingstick's second mule will be calmed and trained before returning home.

Odd News // 17 hours ago
Dog rescued after falling through ice on New York river
Feb. 6 (UPI) -- Firefighters in New York came to the rescue of a dog that wandered out onto the newly formed ice covering a river and fell through into the frigid water.

Odd News // 18 hours ago
Pennsylvania 9-year-old earns high school diploma
Feb. 6 (UPI) -- A 9-year-old Pennsylvania boy with dreams of becoming an astrophysicist is one step closer to his goal after graduating high school.

Odd News // 20 hours ago
Dog rescued after living with coyotes for months in Nevada
Feb. 6 (UPI) -- A dog was rescued in Nevada after spending at least 7 months living in the wild with a pack of coyotes.