March 4 (UPI) -- An Ohio man made his sister into a viral star when he made good on a 5-year-old threat to bring a tuxedo-clad llama as his plus-one to her wedding.

Mendl Weinstock, 21, said he was on a road trip with his older sister, Riva, and some friends about five years ago when his then-single sibling started speculating about the details of her eventual wedding.

"I said, 'If you make me come to this wedding, I'm going to bring a llama with me," he told CNN. "It was just the first thing that popped into my head."

Riva Weinstock became engaged in October and shortly after the phone call where she told her brother about the news, she received a text message confirmation that Mendl had booked a llama rental.

"When my brother puts his mind to something, he gets it done. So at some point I had to accept it and decide that it was easier to get in on the joke than to fight it," she said.

Mendl Weinstock posted a photo to Reddit of the resulting scene -- a tuxedo-clad llama standing next to his unamused sister in her bridal gown.

The bride said she is planning retribution, possibly at her brother's upcoming college graduation.

"I've definitely started planning my revenge," she said. "He should sleep with one eye open."

Odd News // 15 hours ago
Horse hoisted upside-down from cesspit
March 31 (UPI) -- Firefighters in England said they had to enlist the help of a local veterinary company to bring in heavy machinery for the rescue of a horse that fell into a dry cesspit.

Odd News // 15 hours ago
Oregon man wins $6.3 million from free lottery ticket
March 31 (UPI) -- An Oregon man's $6.3 million lottery jackpot was made all the more lucky by the fact that his ticket was free -- and he almost left it at the store.

Odd News // 17 hours ago
Leopard captured after wandering into house in India
March 31 (UPI) -- Wildlife officials in India said a leopard wandered into a city and was captured about five hours after it was spotted inside a house. 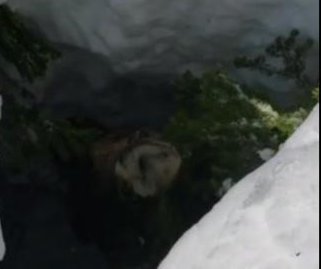 Odd News // 20 hours ago
Snowmobilers rescue moose from tree well in Newfoundland
March 31 (UPI) -- A group of friends out snowmobiling in Newfoundland ended up rescuing a moose that fell into a tree well, and the incident was caught on video. 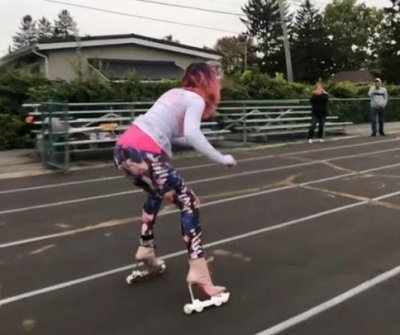 Odd News // 21 hours ago
Woman in-line skates backward in heels for Guinness record
March 31 (UPI) -- A Canadian circus performer was awarded a Guinness World Record when she strapped on a pair of high-heeled inline skates and skated 328 feet in 21.52 seconds -- while facing backward.