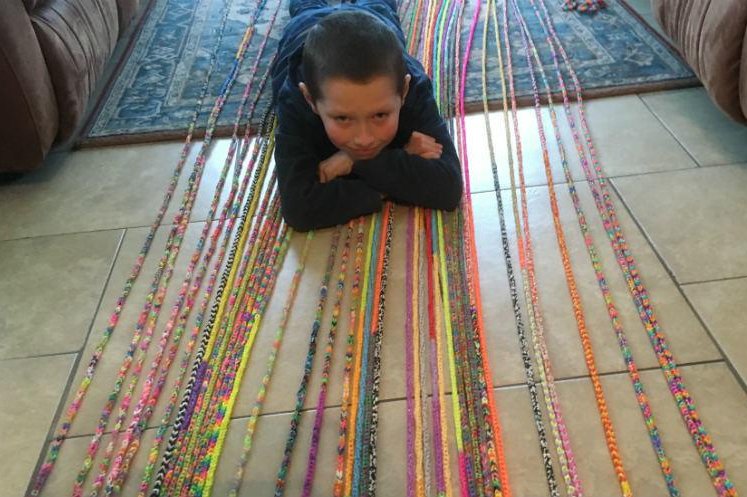 Millar decided to make a particularly long band and his family decided to check if it was applicable for a Guinness World Record.

They enlisted the help of a family friend who is a surveyor in September 2019 to officially measure Millar's bracelet, which had a total length of nearly 6,292 feet, enough to beat the previous record of nearly 3,573 feet, set by a Welsh girl in 2016.

"I guess it almost took me about a year to make it in total and I did it all by myself. I love maths at school and so it was counting the measurements of the bands that I really loved," the boy told the Belfast Telegraph.

The measurements were submitted to Guinness and Millar received his official certificate this week.

Millar said he is already thinking about his next project: an attempt to break the Guinness record for the world's longest paper chain.