Lori Gregory said she had taken her ring off to wash her hands at Forest Grove High School when she was a senior in 1975 and she realized a short time later that she had left the item in the bathroom. She said it was gone by the time she returned for it.

That was the last time the ring's whereabouts were accounted for until fall 2018, when KC Curiel found it in the dirt while working in her garden in Newberg, 34 miles away from Forest Grove.

Curiel posted photos of the ring on Facebook in the hopes of finding the owner, but the post didn't yield any leads.

It wasn't until November 2019 that Curiel was able to match the name inscribed inside the ring, Lori Hitt, to the Forest Grove resident who changed her last name when she married in 1989. She was able to track down Gregory with help from Ancestry.com and The Oregonian newspaper.

Gregory said a friend had mentioned the Facebook post to her one day before she was contacted by the newspaper, but she assumed the ring couldn't be hers because it was found so far from her home.

Curiel said the ring may have traveled to her home with a mound of dirt her husband brought home from a landscaping job. She said he often brings home soil to use in their home's garden.

Gregory and Curiel met up in a Fred Meyer store parking lot and the ring was returned to its original owner.

Odd News // 6 hours ago
Christmas gift from boss earns man $200,000 lottery jackpot
Jan. 21 (UPI) -- A North Carolina man ended up getting a $200,000 Christmas bonus when a scratch-off lottery ticket from a gift bag his boss gave him turned out to be a top prize winner.

Odd News // 6 hours ago
Toronto woman finds knife-wielding squirrel in back yard
Jan. 21 (UPI) -- A Toronto woman captured video when she looked into her backyard and was confronted with a bizarre sight: a squirrel holding a knife.

Odd News // 8 hours ago
Reddit helps reunite backpacker with long-lost travel diary
Jan. 21 (UPI) -- An Australian man who found an old travel diary in a cupboard at a rental property was able to reunite it with the backpacker who lost the journal about 20 years earlier. 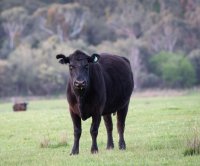 Odd News // 11 hours ago
Loose cow in Massachusetts captured after six months
Jan. 21 (UPI) -- A cow that was on the loose in a Massachusetts town for more than six months was finally lured into a trailer and will receive a new home at a sanctuary. 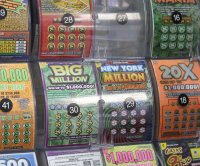 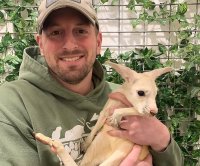