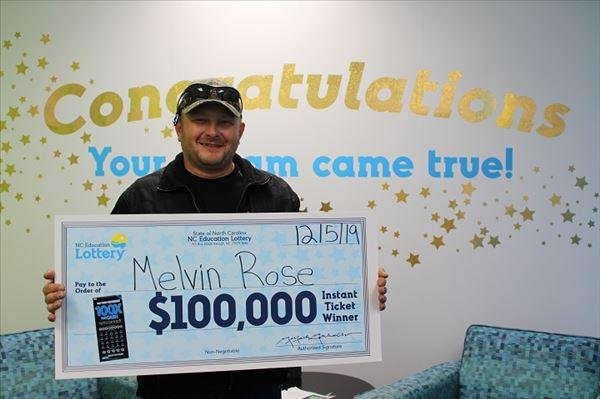 A Tennessee man visiting  North Carolina for the first time won a $100,000 lottery jackpot thanks to a clerk's error. Photo courtesy of the North Carolina Education Lottery

Dec. 13 (UPI) -- A Tennessee man visiting North Carolina for the first time took home a $100,000 souvenir thanks to a clerk's mistake when he was buying lottery tickets.

Melvin Rose of Waynesboro told North Carolina Education Lottery officials he was in Hickory for a three-week painting and restoration job when he decided to buy some $5 scratch-off tickets at the Raceway off U.S. 321.

The cashier mistakenly handed Rose three $20 100X the Cash tickets, which he decided to buy despite having originally asked for $5 tickets.

"You know," Rose said, "There's a reason she gave those to me. My luck's here in North Carolina."

"It's my first time in North Carolina too," he said

Rose said he already has some plans for the money.

"I'm taking my friends out to lunch, paying off some bills, and I've always wanted to take a cruise down to the Caribbean," he said. 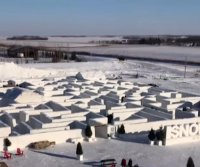 Odd News // 10 hours ago
World's largest snow maze nearly doubles in size
Feb. 24 (UPI) -- A Canadian snow maze that was certified as the world's largest by Guinness World Records is now almost twice as large to allow for social distancing, the owners said.