Nov. 11 (UPI) -- A Massachusetts man who was only 10 years old when he tossed a message in a bottle into the Atlantic Ocean said he has received a reply from a French man nine years later.

Max Vredenburgh, 19, wrote a message, sealed it inside a bottle and threw it into the water at Long Beach in Rockport.

Vredenburgh said a letter arrived at his parents' house in October from G. Dubois, who found the bottle on a beach in France.

"When I first read his letter, my heart, my stomach just dropped. I was like, 'Oh my God. My 10-year-old wish just came true. This is insane,'" Vredenburgh told WBZ-TV.

"This kind of made me reflect back on who I used to be," Vredenburgh said.

He said he is hoping to learn more about his new pen pal.

Odd News // 3 hours ago
Mystery animal that might be a dog escapes from Pennsylvania rescue
Jan. 27 (UPI) -- A mystery animal that experts said could be either a dog or a coyote escaped from a wildlife group's facility about a week after being rescued from the cold.

Odd News // 6 hours ago
Florida teacher has snowman mailed to class from Kentucky
Jan. 27 (UPI) -- A Florida teacher who discovered most of her students had never seen snow gave them an unusual surprise by having her sister mail the class a snowman. 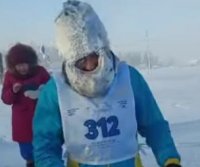