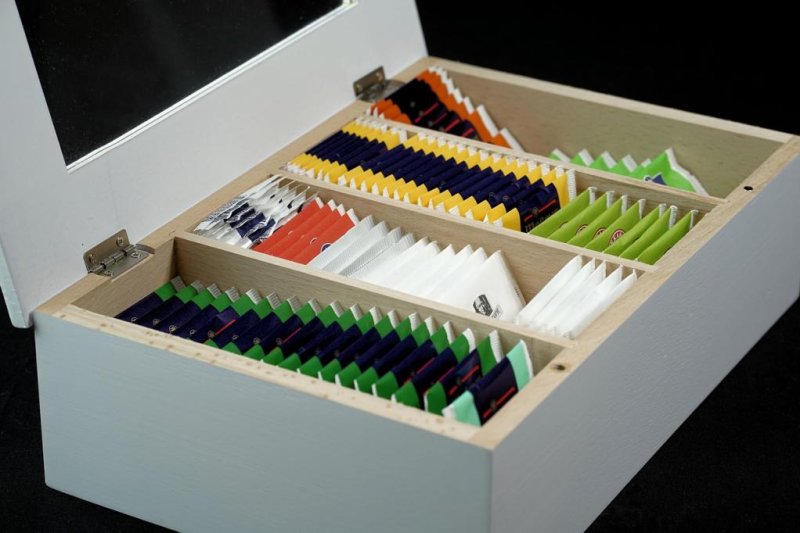 A 16-year-old in Denmark collected 1,237 tea bag covers to break her own Guinness World Record. Photo by webandi/Pixabay.com

Freja Louise Kristiansen of Aarhus first captured the record in June 2018, when Guinness confirmed she had collected 1,023 tea bag covers, and the record-keeping organization said this month that the teenager broke her own record by increasing her collection to 1,237.

Kristiansen said she started collecting the covers in 2010, after observing how her grandmother used tea bag covers for crafting projects.

The teenager said she was inspired to aim for the Guinness record in 2017 when she discovered the current record was only 743, and her collection stood at 650.

Odd News // 1 day ago
Deer rescued with head stuck in bird feeder
Jan. 15 (UPI) -- A mule deer in Pine, Colo., was rescued by park rangers after getting its head jammed into a 10-pound plastic bird feeder.

Odd News // 1 day ago
Dog missing in stolen car returned after two weeks
Jan. 15 (UPI) -- A dog stolen in Denver on New Year's Day inside an unlocked car was returned to its owner after being missing for two weeks.